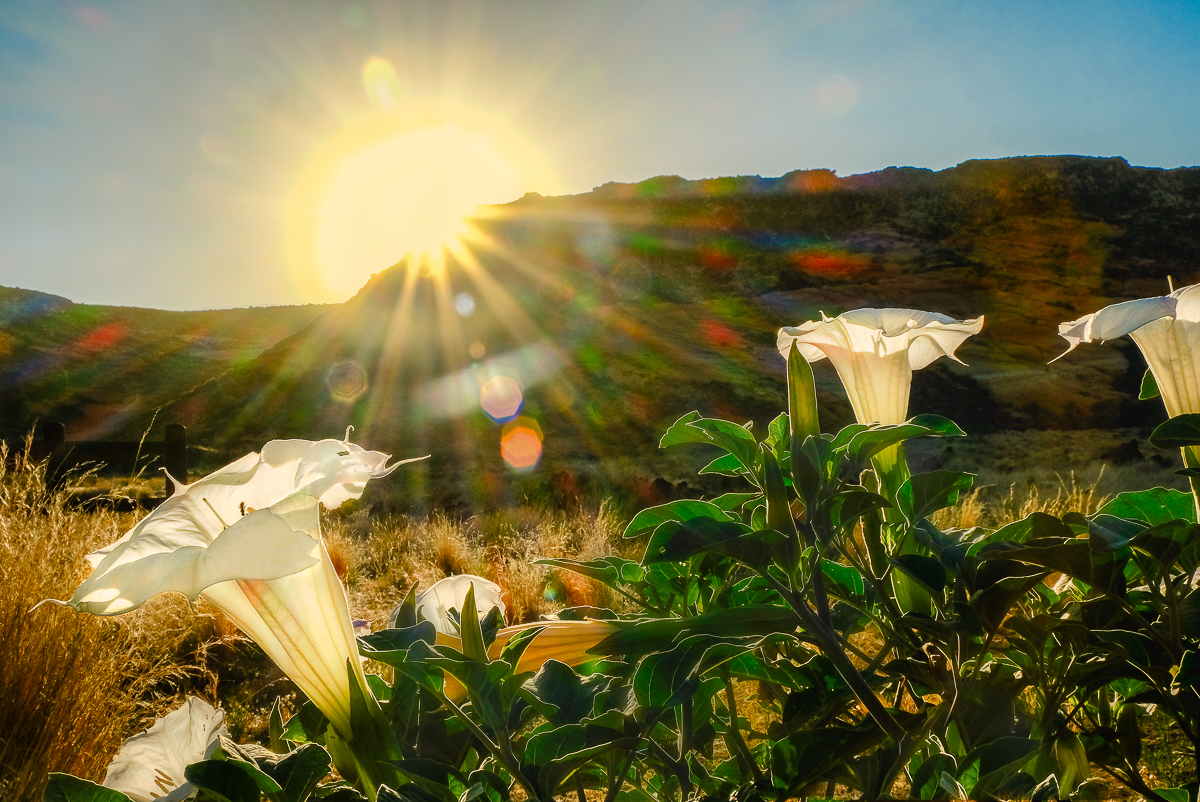 A story and a word of caution for those of you new to the St. George, Utah area, (or are visiting). This plant is called Datura stramonium, (Jimson Weed). It is common, 'showy', invasive and pops up in many places this time of year. It has large white flowers that are attractive, have a pleasant fragrance, (so I'm told), and capture the attention of nature lovers, flower photographers....and small children. We had one pop up in our back yard and hadn't bothered to remove it. Last week some of our young grandchildren were visiting. My granddaughter began picking tiny yellow flowers from another bush to make a bouquet for her mother, without asking permission. I noticed her doing so but did not care as the bush was loaded with these unremarkable flowers. A while later she came and asked me if she could pick one of the big pretty white flowers in the back of the yard. This time I was thankful that she asked first. I recall knowing they were poisonous, (but didn't know how poisonous), so of course I told her "no". Depending on which source you read, these plants are extremely poisonous under certain conditions and when ingested, have been used as a hallucinogen and known to cause intense visions, delirium, hypothermia, tachycardia, bizarre behavior. The effects on both mind and body are subjectively perceived as highly unpleasant, causing a state of profound and long-lasting disorientation with a potentially fatal outcome. Yikes! We now have one less plant in our backyard!