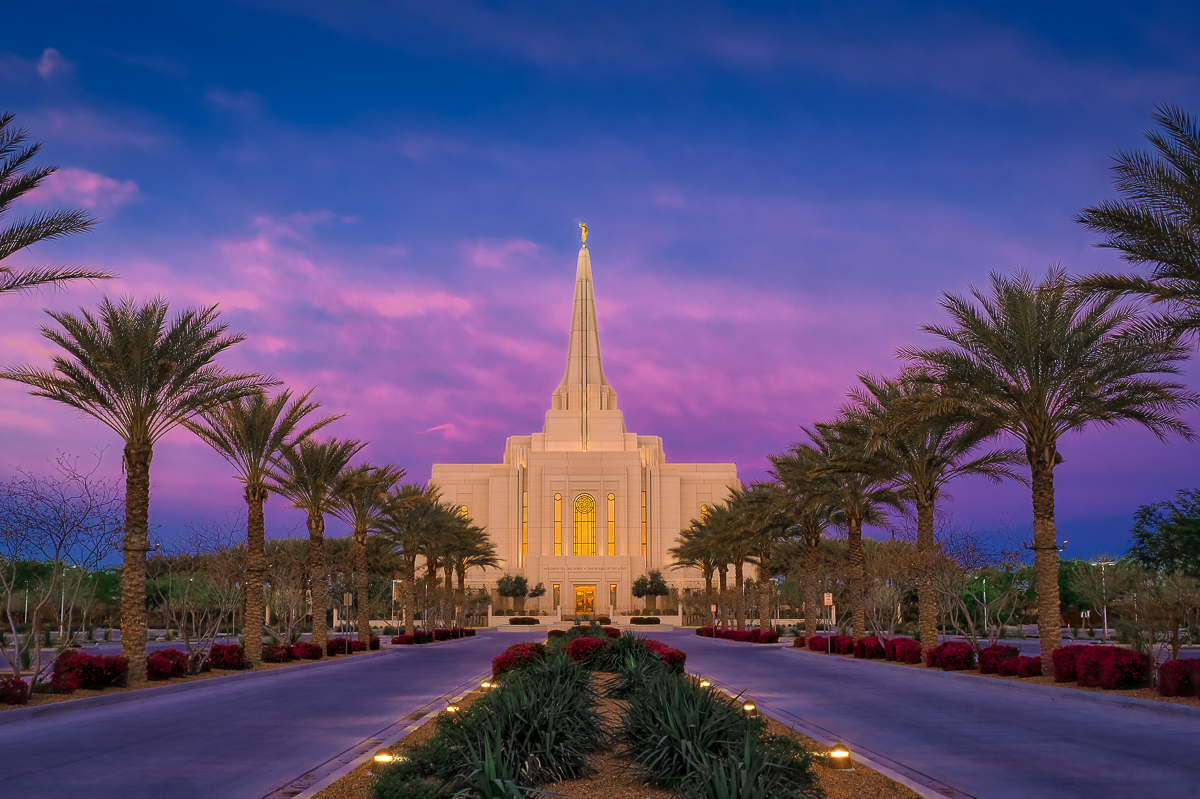 Even though the weather report looked boring, I drug myself out of bed well before dawn. We were visiting my son's family in Mesa several weeks ago, and I was determined to photograph the LDS (Mormon) temple located a short distance away in Gilbert Arizona. Even though it has been open since 2014, (the 142nd of 159 temples worldwide), I had not seen it during our previous visits. I pulled into the parking lot and found I was the only one there. As I waited in the dark, I was already convinced the sunrise would be boring as there wasn't a cloud in the sky, and since the temple faces directly east, to my back, I wouldn't even be able to get a sunburst for added interest. But as the darkness began to lift I noticed a few hazy clouds starting to form behind the temple. This looked promising. As time went on, they continued to grow in size and become more defined. Then to my delight, I detected a slight pink glow that increased in color with every passing second until they formed a beautiful backdrop. I started taking photos like crazy. But the best was yet to come. When the sun finally peeked over the horizon, its rays lit up the temple with an ethereal like glow. The scene was so beautiful and so peaceful that I only took a few pictures, then stopped just to enjoy this fleeting moment in time, and thank God for this lovely beginning to the day. (For a night owl, sometimes getting up early is so worth it!!)