Photography - Reality, Artistic Creativity AND/OR a Combination of Both
So, as photographers are we artists, story tellers, historians, journalists, painters, snap shooters, etc. etc.???  The answer is YES!  We can be whatever our personal style and interests dictate.  This post will show you my style of blending photography, story telling and creativity: 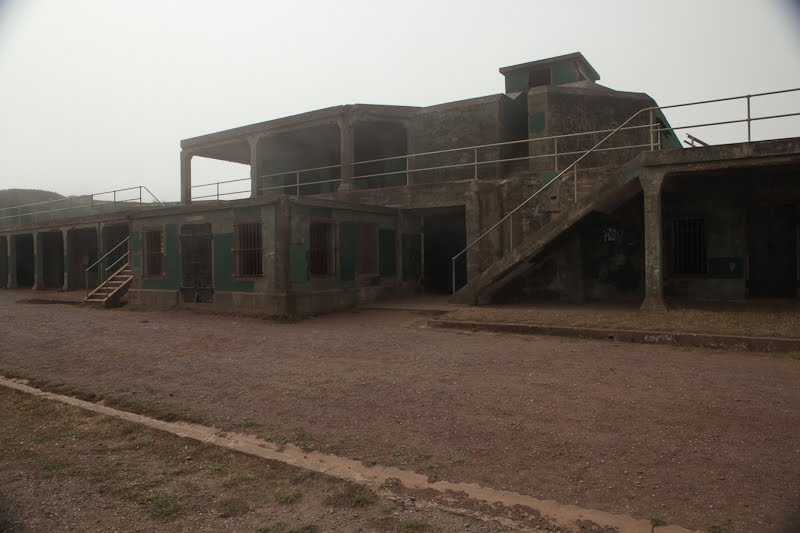 Battery Mendell
This facility was build in 1905 to keep enemy warships from entering the San Francisco Bay Harbor.  At the time it was armed with the biggest guns in America, 12 inch cannons.  They could be hidden, then rise up for a surprise attack.
This day was dark, except the sky which was white with fog.  Here is one of many SOOTC shots I took at various exposures.  We walked around and up the stairs and saw where the cannons were positioned.  The bars on the windows of the jail area, the heavy metal doors with rivets, the graffiti, the stark concrete and remains of peeled paint all gave a very eerie and menacing feeling to me.  The textures and details on the walls were amazing.  I'm always looking for new textures to use as overlays on photos, so I took several photos just of textures.
As is often the case, when I looked at my photos on the computer, I didn't get my camera to record what I saw, and just as important to me, I couldn't capture the mood and feel of the scene.  Yes, the above image is dark and gloomy as was the case, but still uninspiring to me.  Here's what I did: 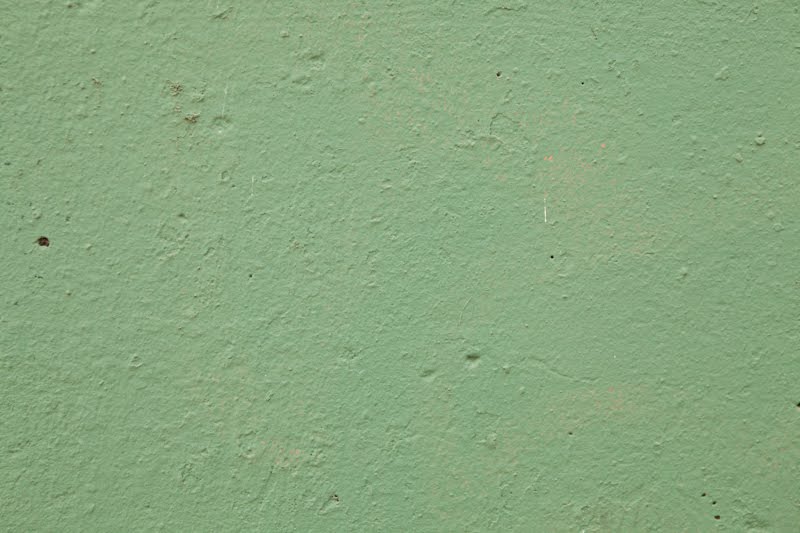 This is one of the texture shots I took.  First I changed it to B&W and increased the contrast a bit.  Then I added it as a layer to the above original photo, altered the opacity, and masked/erase parts on the building where I didn't want it.  To me, so much white sky was boring, so I wanted to mimic the textures of the building. Then I used Topaz Adjust (a Photoshop plugin) to accentuate the contrast and clarity.  Basically I moved the sliders until I was happy with the result. 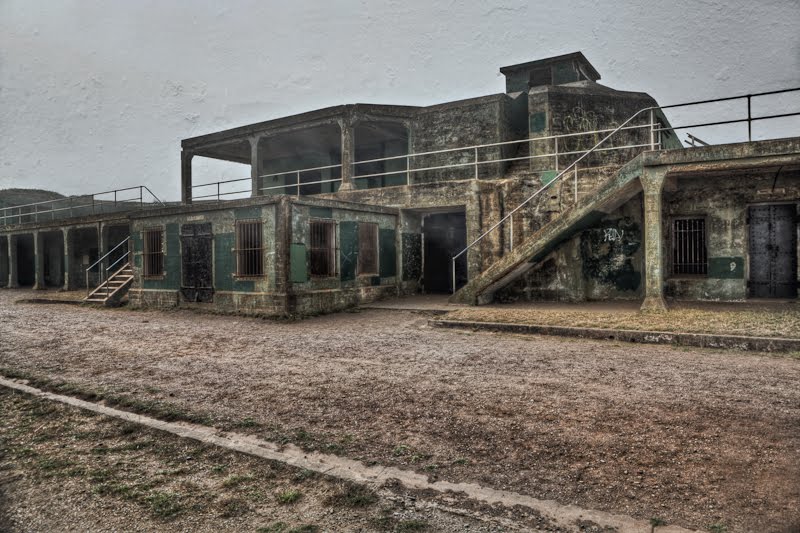 Final Image
The gritty, grainy, rough textures, the stark coldness of the concrete, the menacing thought of enemies attacking our shores, and a prison to stop them.  This photo more clearly tells me this story when compared to the original photo.
WHAT DO YOU THINK ?  IS THIS ART OR IS THIS PHOTOGRAPHY?????
Posted by What Karen Sees at 11:04 AM 8 comments: