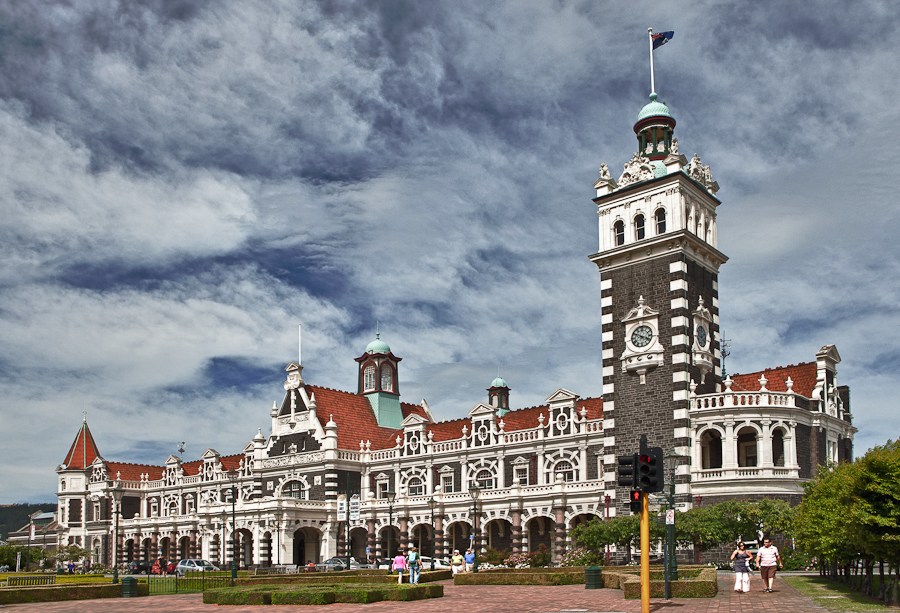 Dunedin Train Station
We were told this is the most photographed building in New Zealand.  Dunedin, a beautiful city on the south island, is graced with many stately old buildings and impressive old cathedrals.

Part of the challenge of photographing buildings in a city is to find a composition that doesn't include distractions like wires, street signs, cars, etc.  I had to stand in the middle of a busy intersection to get this shot without including a bunch of street signs which were just out of the frame on the right.  Since there was no way I could get the shot without including the stop signal, I placed it so it would blend in with the solid gray bricks to be less noticeable.
Posted by What Karen Sees at 2:58 AM 5 comments: