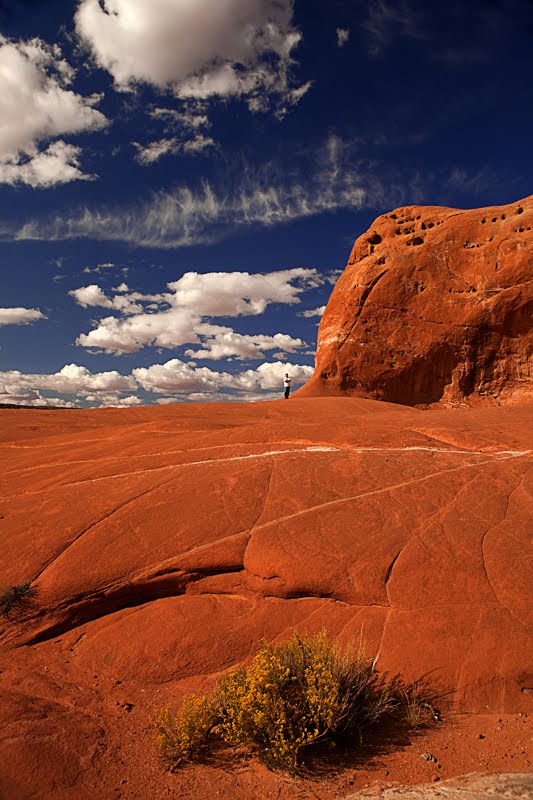 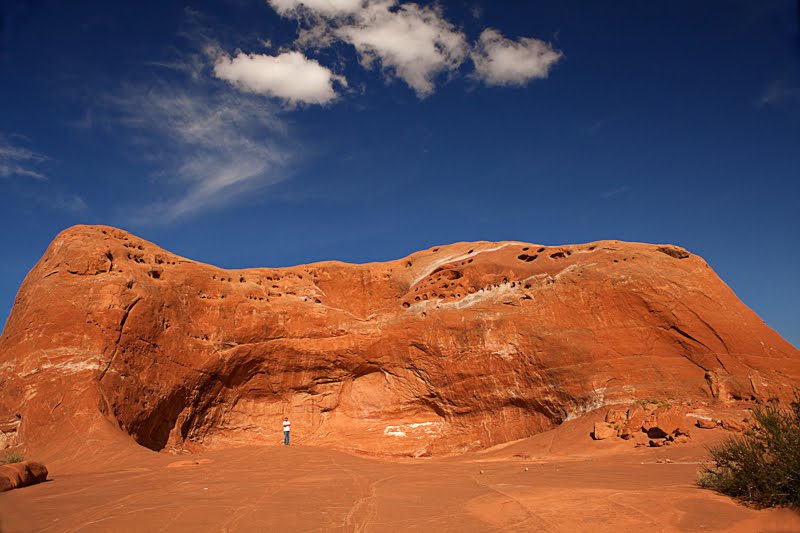 A group of Mormon pioneers were sent by Brigham Young to southern Utah to colonize an area that became known as Bluff. They started from a point now known as Escalante and shortly into their journey camped near this huge, flat rock. Being in great spirits, and not realizing the challenge that lay ahead, they called this place 'Dance Hall Rock' where they enjoyed nightly dances and fiddle music under the protection of this natural alcove.
Posted by What Karen Sees at 3:19 PM 2 comments: