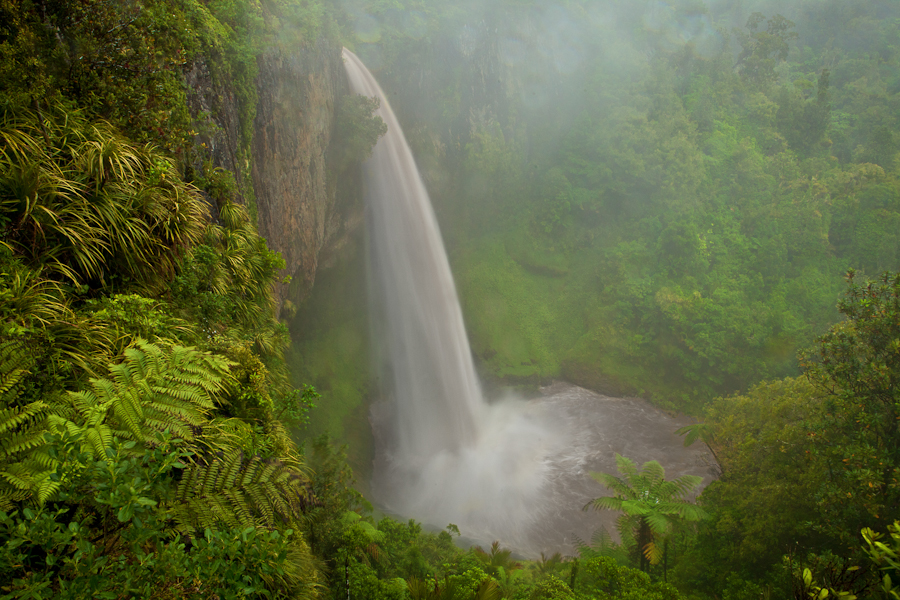 BRIDAL VEIL FALLS, NORTH ISLAND
There had been much rain during the previous weeks, and as we drove to these falls we followed a river that was overflowing its banks.  We parked the car and started down the path leading to the falls which ran right next to the river.  It was raining still, and part of the path was flooded.  As we continued to walk the river continued to grow in size, the rain increased, and the path looked like it could flood or wash away at any minute.  By the time we made it to this location, I was too nervous to take much time composing a shot.  I set up my tripod, and while Jeff was saying "Hurry up, we've got to get out of here," I snapped about 3 shots, then we ran back to the car so as not to get stranded.  Since then we've been back to these falls and tomorrow I'll post a photo from the same location but not taken in such bad weather conditions.
Posted by What Karen Sees at 8:06 PM 7 comments: