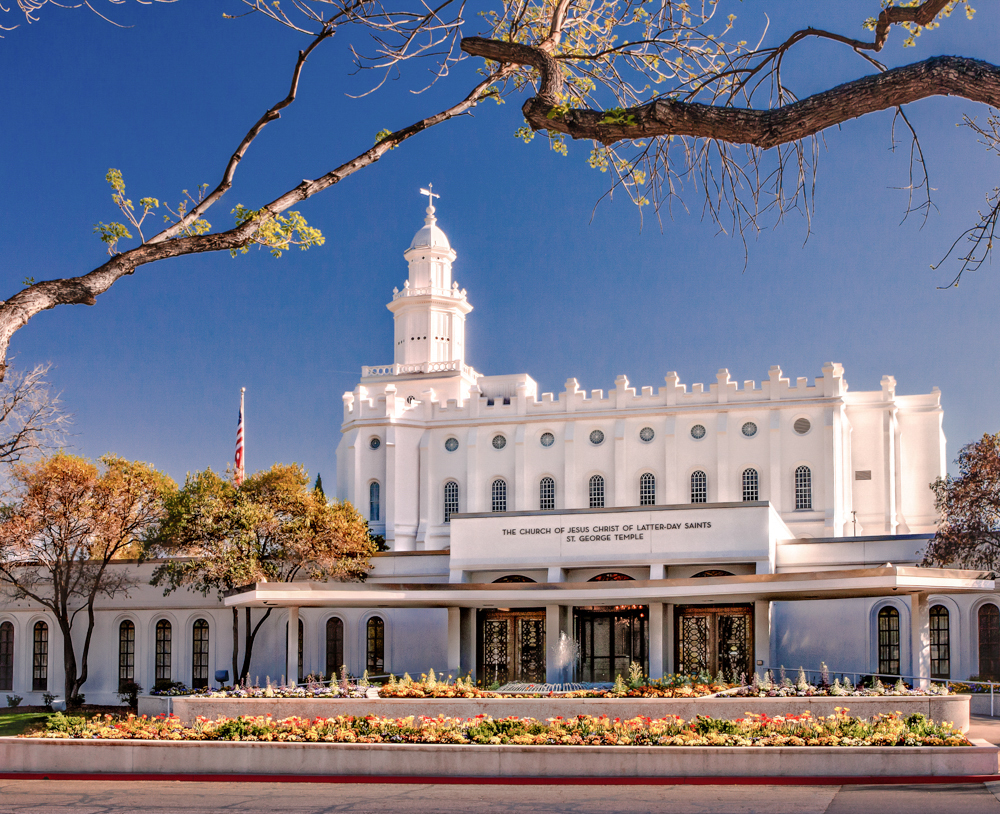 I haven't done 'Tech Talk Tuesday' for a long time, but it's Tuesday and I have a few thoughts, (amazing isn't it), so here's how my photo shoot went yesterday:

Years ago I took some sunrise photos of this beautiful temple, and so I wanted to take some sunset photos.  I was there well before sunset to see where the sun would fall, where would be the best angles, and if there were enough flowers in bloom to make an interesting spring photo.  First of all I found that there were very few flowers at the front entrance which was also in deep shadow.  I moved around to this side and I was early enough to have plenty of time to get my camera gear out and ready.  I was thinking about what lenses and settings I'd use to get late sunset and twilight shots.  You know, the kind with the reds and oranges of sunset, and then the pinks, purples and magentas of twilight.

About that time I get a call from my husband saying we were having friends come over for the evening.  I had forgotten!  That meant I had about a half an hour to pull off some shots before I had to leave.  Well so much for my sunset plans.  Now I had the harsh, bright light of late afternoon.  What to do?

What would you do?  Well, my first thought was to pack it up and go another time.  But I had just said in my last post that there is always something to photograph despite the conditions so I figured I better take my own advice.

One way to improve your photography skills, is to think of how to counteract the challenges you face.  I realized that a beautiful sunset/twilight sky was not going to be what would make my photos interesting today.  (Remember that the most important thing about your photos is that they should be interesting enough so that the viewer wants to stay and look.)  The photo above is a good representation of the flat, harsh lighting I had to work with. 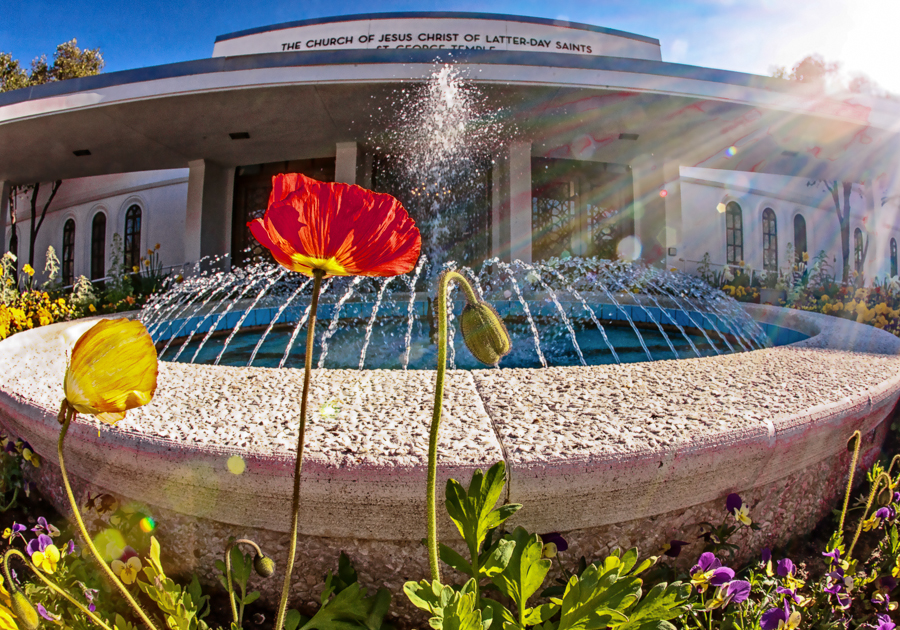 Here I chose a fisheye lens which created an unusual perspective, at a very low angle, and included the sun purposely to include flare.  I left out the boring sky.  I also used a polarizing filter on my lens to cut out some of the glare. 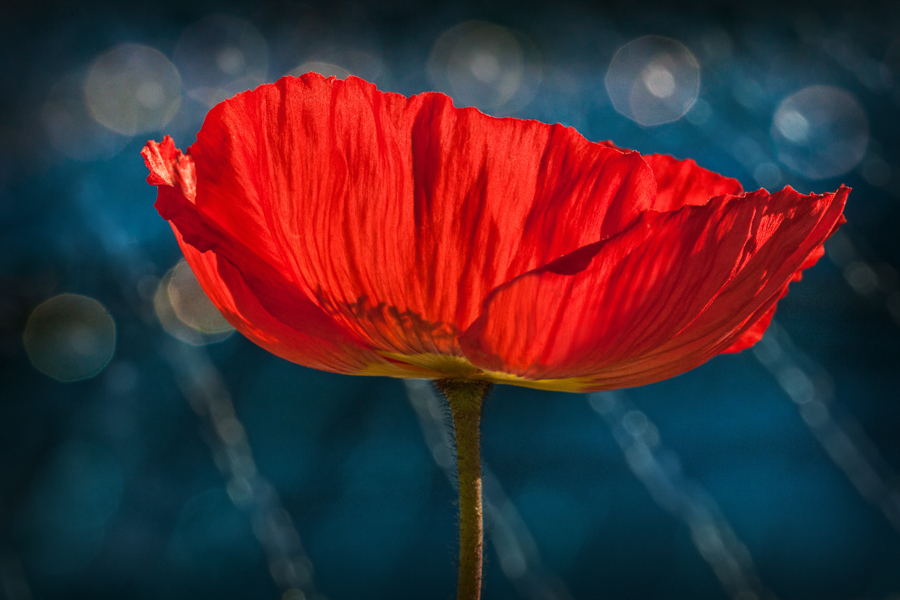 On this shot I used a wide aperture, (small number) and was very close to the flower.  This turned the water streams and splashes from the fountain into big beautiful soft bokeh.  I chose a flower in front of the fountain that was highlighted by the sun while the fountain was in shadow which created the contrast. 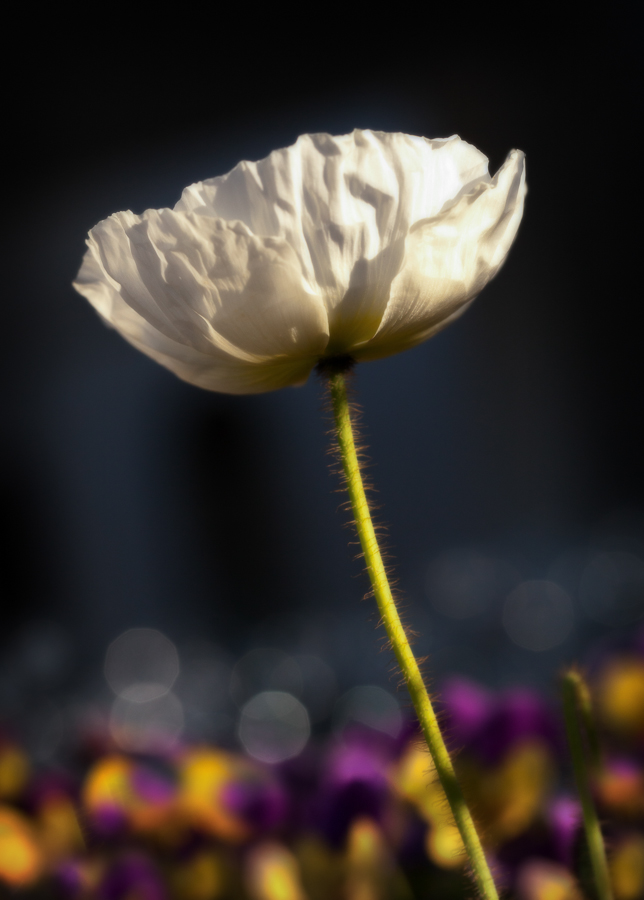 Here is another flower composition I found interesting.  I liked the white flower spotlighted in the sun set against the deep gray shadows of the building with the splash of color on the bottom. 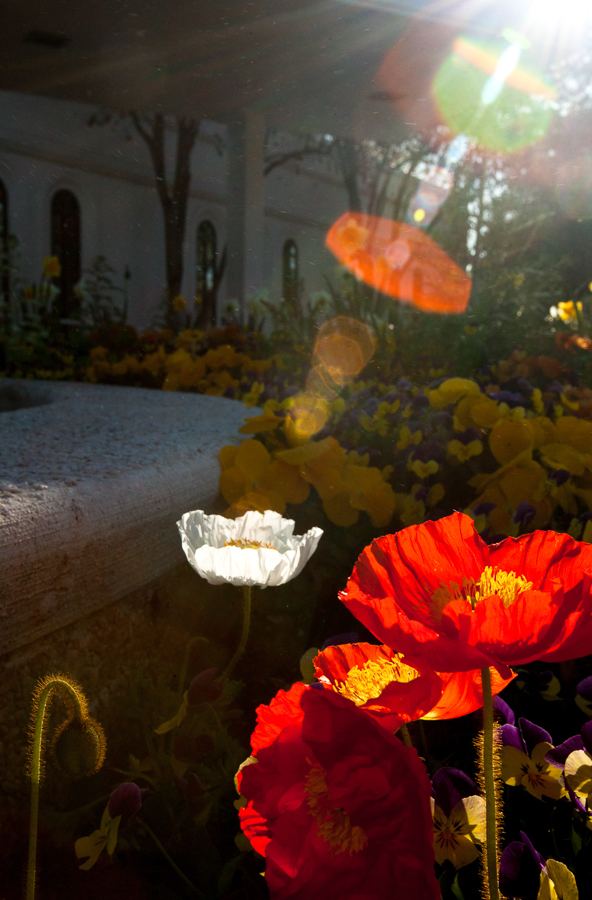 Another group of flowers basking in the sun and in the spotlight of the sun flare.

What do you think?  I don't think any of these are 'keepers' but I think I met the challenge of finding a couple of compositions, angles and lighting situations that were unique and interesting.  Would a viewer pause and take a second look at these before deciding if they liked them or not?  I don't know but I know it was a challenge for me to come up with anything worth keeping in the few minutes and in the conditions I had to work with.  I stretched and that means I'm improving my skills (I hope)!
Posted by What Karen Sees at 3:43 PM 10 comments: