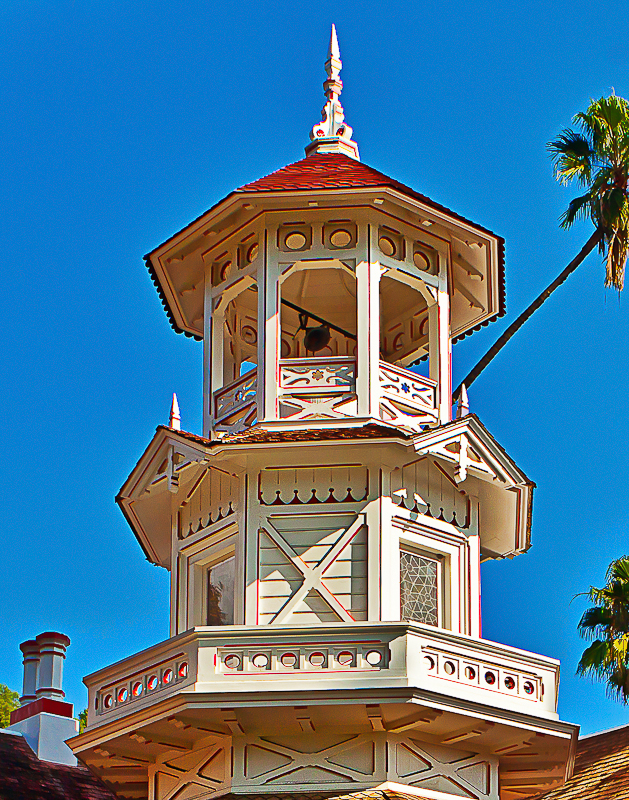 Bell Tower, Queen Anne Cottage
Around 1877, Elias "Lucky" Baldwin purchased the 8,500 acre Rancho Santa Anita in the heart of the San Gabriel Valley in southern California for $25 an acre, which was the largest real estate transaction recorded up to that time in the Los Angeles area.  In the following years he continued to purchase more land and by 1879 Baldwin owned 46,000 acres of prime land in the beautiful and fertile San Gabriel valley.  He is probably best known for the racetrack he built on his property, the Santa Anita Racetrack.  He built this beautiful and fanciful cottage for his wife and to entertain their guests.   The house is set next to a beautiful lagoon bordered by a lush tropical jungle and has been used for several movie sets.  Probably the most well known, however,  was for the opening scenes of the TV series in the 70's called Fantasy Island.  Can't you just see Tattoo up in that bell tower yelling down to Mr. Roark, (Ricardo Mantalban), "ze plane, ze plane".    Now the cottage and surrounding acres belong to the County of Los Angeles and is now a beautiful arboretum.  I grew up about 10 minutes away from here.

So now that it's all coming back to you, here's a short clip to help the memory:

(You may have to start the video, then pause it until it loads, then click several times to start it again.)

Congratulations to Tanna and my daughter Amber who guessed correctly, although my daughter probably doesn't count since she's too young to remember the series, and probably remembers because we took our family there many years ago.
Posted by What Karen Sees at 9:33 PM 12 comments: 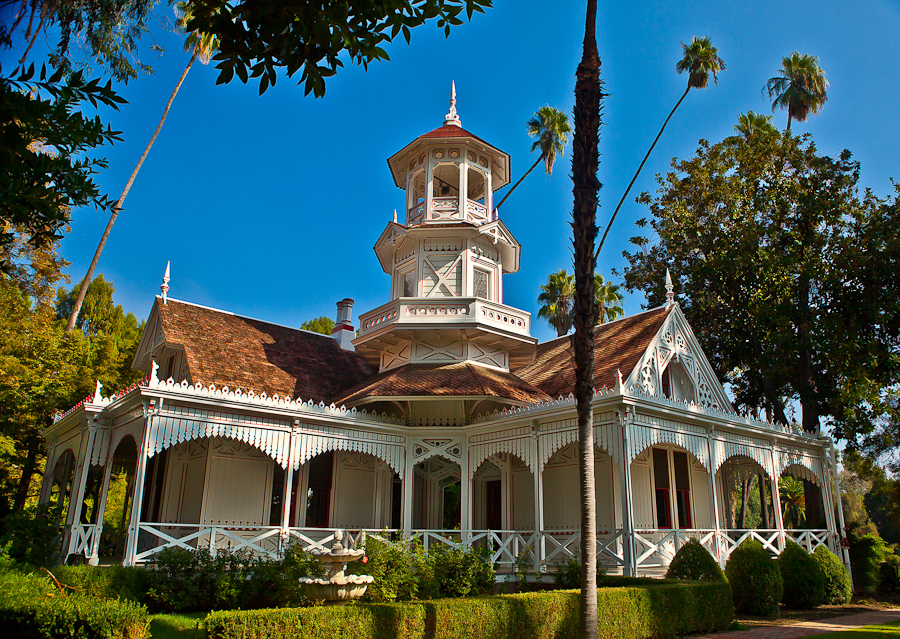 Here is a little memory jogger for those of you old enough to have a few gray hairs.  Who can tell me what this place is and what was it used for??????  I'll tell you after I have a few guesses.

(I did not use HDR on this image but uploading has caused some haloing in the sky.  Don't know why.)
Posted by What Karen Sees at 8:39 AM 12 comments: