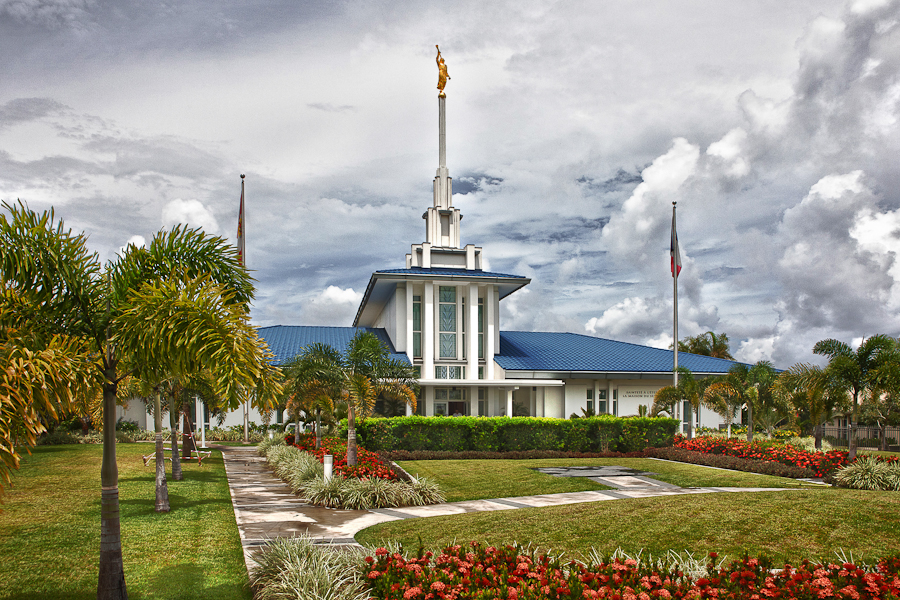 Papeete, Tahiti Temple
This is the beautiful temple of The Church of Jesus Christ of Latter-day Saints in Tahiti.
I am a frustrated photographer, still.  I know I've said this before, but I'll say it again.  We have had so many adventures and I've been so busy that I'm way behind in sharing with you a glimpse of where we've been and what we are doing.  For example, we've just arrived back in NZ from eight days in Samoa.  Yes, you read that correctly.  We've just returned from Samoa and I've posted a photo from Tahiti!  We were in Tahiti about a month and a half ago and this is the first photo from that beautiful paradise that I've shared with you.  I decided I can't post photos from Samoa, until I post some from Tahiti.  So here I go.  If you've never been to Tahiti and would like a glimpse of what I saw, stay tuned because for the next week or so I will take you on a tour of one of the most beautiful places in the world.  (Then I'll show you Samoa, another one of the most beautiful places in the world!!!!!)