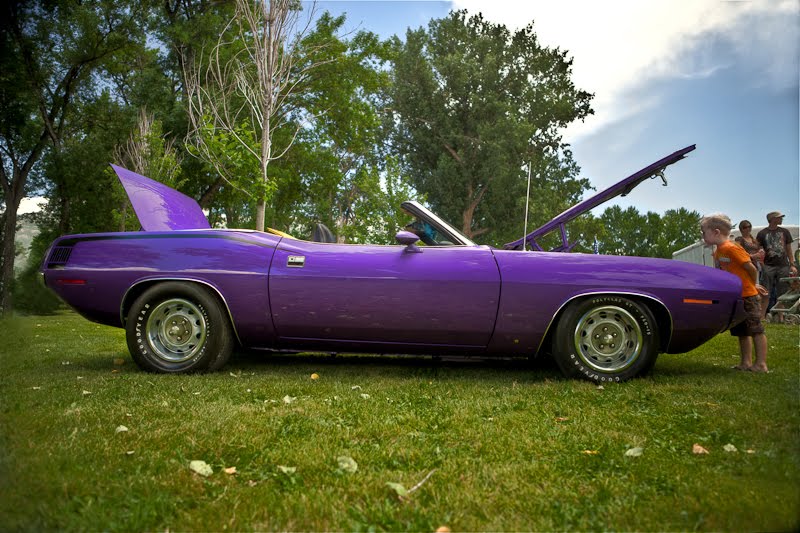 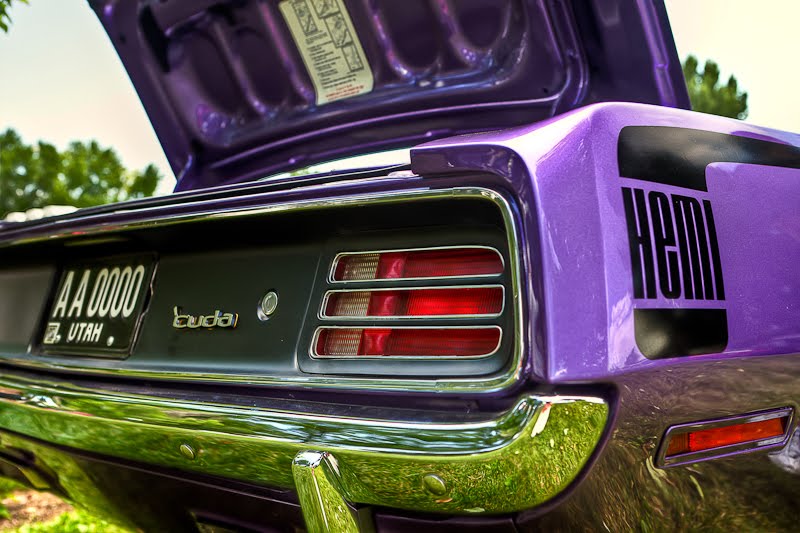 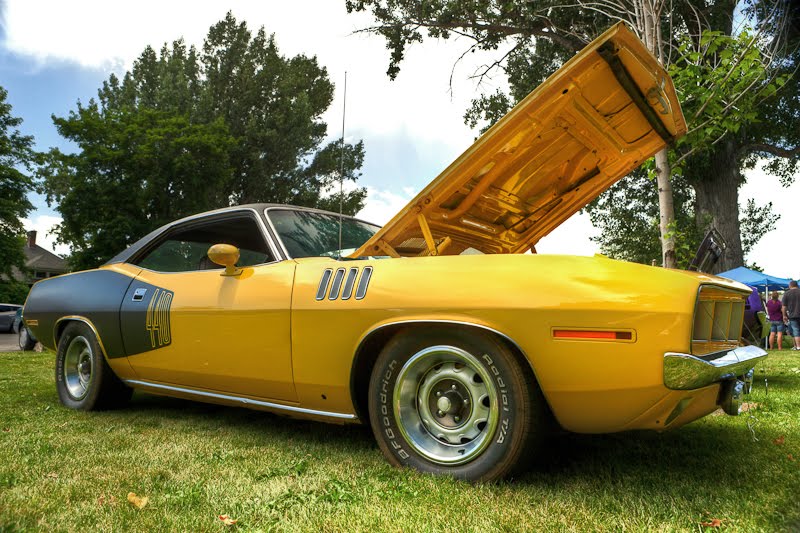 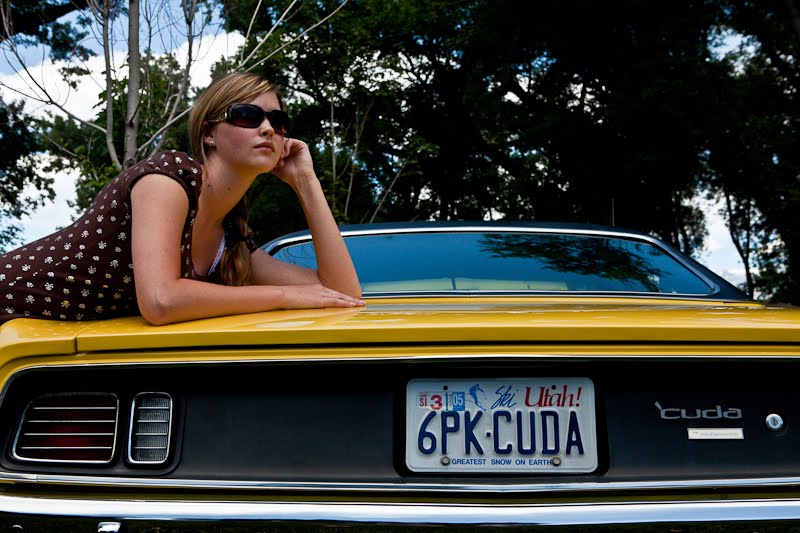 I think I've mentioned that my husband recently retired from his day job, so you're probably thinking he has nothing better to do than tote my camera bag around for me.  Well, he does plenty of that, but this post will show you what he really does with his time.
He and our 3 sons restore classic cars...more specifically, mopar muscle cars of the early 1970s.  O.K. you girls can move along to the next blog, but for you guys who lived through the 1970s, you all know what muscle cars are, because they were coveted by almost every teenage boy.  For you girls who are still reading, in a nutshell, they are cars with huge, loud engines that are really fast.
My husband knows everything about these cars, where every nut and bolt goes for each model.  If you live in Utah and have a question about these cars, he is the one you call.  He judges lots of car shows in and out of our state, and recently was given an award called Mopar Legends.  He has restored cars that start as a piece of junk to what you see in these photos.
About 6 or 7 years ago, through a fluke, he got wind of someone who had his dream car, stored in an old garage in a little farming town in Idaho.  Jeff didn't know his name or where he lived but he was determined to find him.  We drove to this little town and started asking around until we finally found the guy.  Sure enough, this old car, mostly disassembled, had been sitting in this ramshackle one car garage for years.  The owner didn't want to sell it, but my husband has a way of making people feel comfortable and building trust, and before they were through talking, he had purchased the car, and paid for it in cash on the spot.  I accused him of being more excited bringing that car home than when we brought our babies home from the hospital!!!  (Just kidding.... kind of!)
Anyway, life got in the way of this restoration project.  He had a business to run, baseball teams to coach, then cars to restore for our boys, plus several houses to build.  His car got put on the back burner.  Well, since he retired, he has been concentrating on getting it finished, working for hours a day so it would be ready for the summer car shows.  It's still not quite done, but done enough to show.   So here it is (with one of our grandson's taking a look).  It is the purple one, and the color is original and called 'plum crazy'.  For you men, it is a 1970 hemi 'cuda convertable.  Now here is the sweet part.  He purchased the piece of junk, er...I mean car, for $10,000.  It is now worth somewhere around $125,000!!!   ( P.S.   The yellow one is my son's car.  It is also a  'cuda and the 'model' is his beautiful wife.)
Posted by What Karen Sees at 8:49 PM 7 comments: