Continuing with 'theme week' on Fanning Island,  the people learned very quickly that the tourists would pay them money for their hand made trinkets, so all of a sudden the people became artisans and salesmen!  We were told to pay with one dollar bills, mainly because they did not understand money very well.  We heard a funny story about their newly acquired selling and buying skills.  Most of the tourists pay with American money.  At first the people did not know what to do with it.  Evidently they share everything in common and had a common pot where they collected what the tourists paid them.  They knew they could trade the money for supplies from the Australian supply ship that stopped every so often, but they needed Australian money.  When the cruise line heard about their dilemma they were told that when the ship was there, they would be allowed to come aboard and exchange their money.   The first time they came aboard to do so, the cruise people were shocked when they brought in thousands and thousands of one dollar bills!  I bet it didn't take long before they figured out exactly how many dollar bills they could extract from the tourists and what they could purchase with their money! 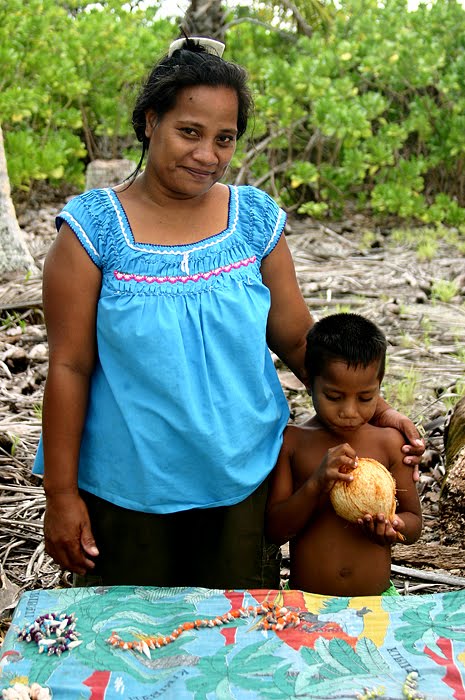 A lady and her son selling their wares along a dirt path. He made a sale and we asked him to autograph his work. 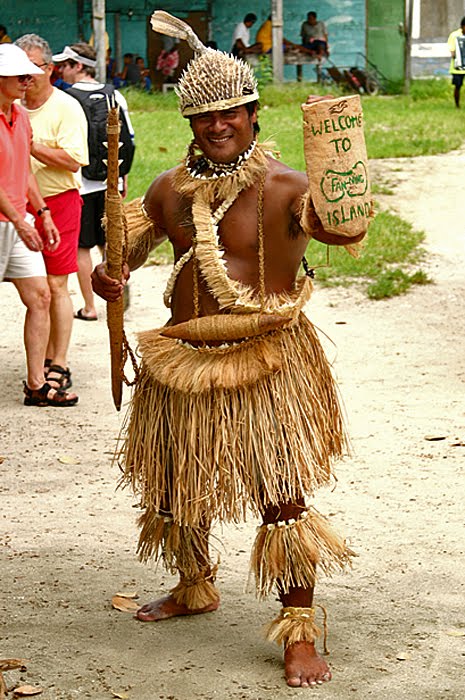 The official greeter wearing traditional attire.  He asked for tips. 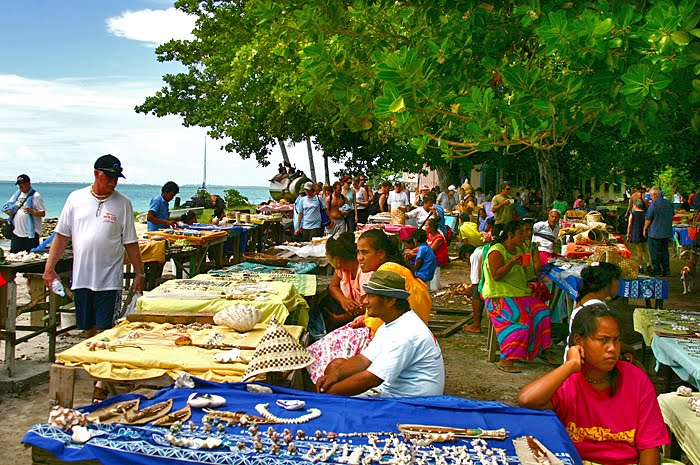 There was a small 'shopping' area right by the little dock where the tourists were dropped off.

Tomorrow I'll post the dancers who entertained us.  They are like nothing I've ever seen in a grass skirt before!!!