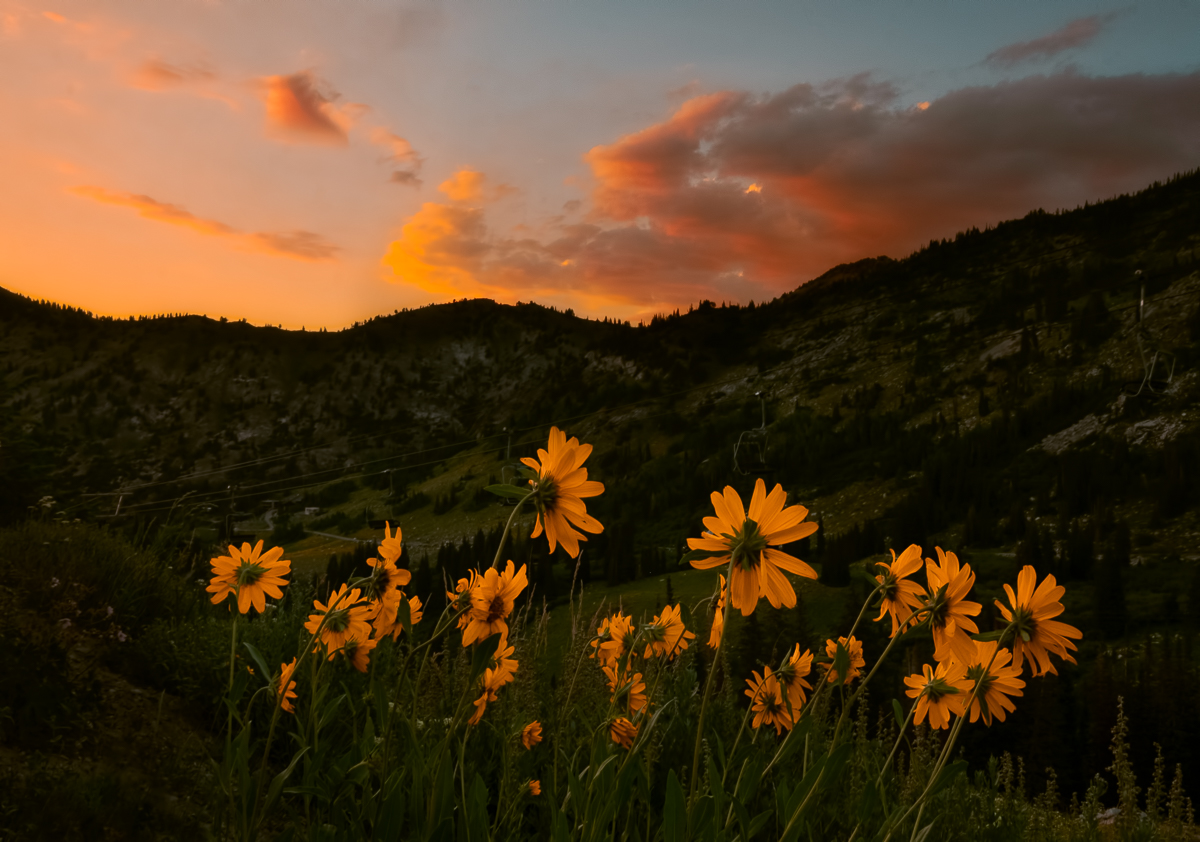 I decided to drive up to this beautiful mountain oasis to take photos at sunset. Unfortunately I miscalculated how long it would take me to get there. I arrived at the parking lot after the sun had set and most of the mountain and wildflowers were in deep shadow. I realized I didn’t have time to hike to where I planned on taking photos. I ended up taking about 4 shots and then it was dark.

NOTES FOR PHOTOGRAPHERS: Sometimes the image I end up with is not what I planned. As soon as I parked, I jumped out of my car, grabbed my gear and took off to my preplanned place. Several other photographers were there as well, and we knew we were racing against time. They all took off running, but I stopped when I realized I would be completely out of daylight in just a few minutes. So I looked around to see if there was something worth shooting right there. The sunset was gone, but when I looked behind me I saw this beautiful sky and one little patch of flowers lit by the remaining light. To get this shot I was standing next to the restroom in the parking lot just a few feet away from my car. Sometimes it pays to be aware of your surroundings and shooting situation, then be willing to change plans and look for new and different photo ops.