Interesting People at Work - Photo No. 6 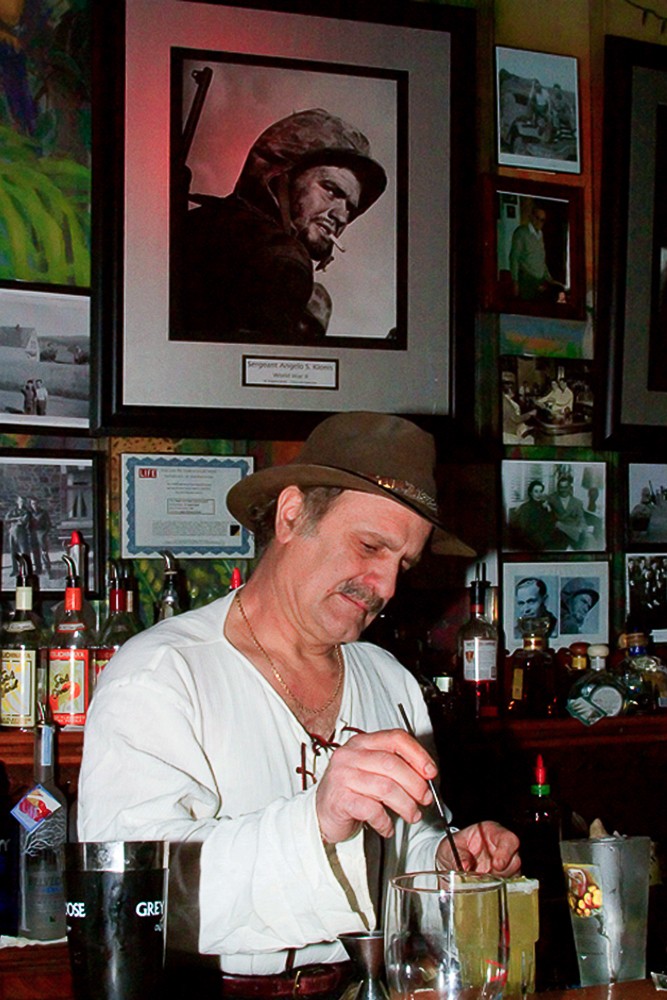 Through the years I've had a photography project that I call, 'Interesting People at Work'. (Scroll back to see the previous 5 photos I've posted.) The first rule I follow is that I try to capture part of my subjects' work environment in the photo, and the second rule is that I have to interact, visit with, and get to know the people I'm photographing. This is a bit intimidating and challenging to speak to strangers, and gain their trust until they relax enough to be photographed. I have been posting some of the interesting people with interesting jobs that I've met over the years. This photo was taken in Santa Fe NM for an assignment we were given in a photography workshop I attended. (It was such a 'growing' experience and so rewarding that it became the beginning of this project.) We were to roam the streets, meet interesting people and photograph them. I don't think I have ever been in a stand alone bar either before or since taking this photo!! It had an open front so the inside was visible to people walking on the sidewalk. I glanced in and saw all of the interesting memorabilia on the walls and noticed that the bartender looked just like the photo on the wall behind him. I took a deep breath, went in, introduced myself, and asked him about all the photos on the wall. He told me his father was a great war hero and his bar was dedicated to keeping his dad's memory alive. After we visited, he gave me permission to take his picture. I told him to just go about his work, that I'd like to take a 'non posed' shot. I like that I caught him just as he was mimicking the pose in the photo of his dad.  (P.S.  I don't even think he was upset that I didn't buy anything!)
Posted by What Karen Sees at 7:17 AM 4 comments: