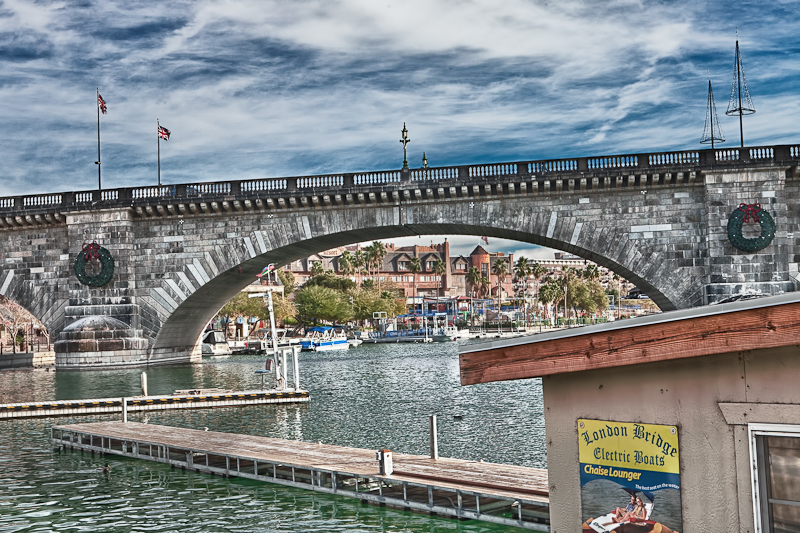 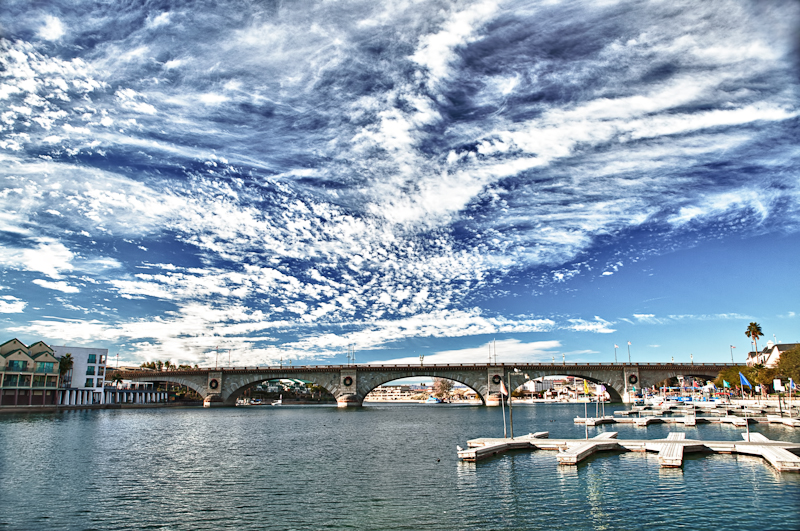 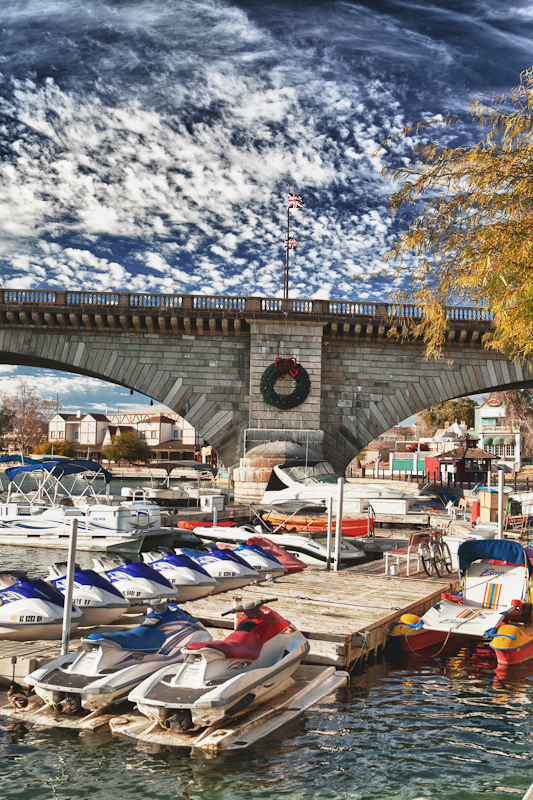 There have been a succession of bridges called the 'London Bridge' built over the River Thames for more than 2000 years, all being distroyed and replaced because of disrepair or political upheavals.

In 1014, during one such upheaval, (according to tradition), the bridge at that time was destroyed by Norwegian prince Olaf, in a successful bid to divide the defending forces of Danes who held the city of London, thereby regaining London for the Anglo-Saxon king.  This has been thought to have inspired the nursery rhyme, "London Bridge is Falling Down."

The bridge just prior to the bridge photographed above, was the 'old' medieval bridge and had 19 arches, shops build along the bridge, and gatehouses.  It is often mistaken for the bridge a ways away that had towers.  The southern gatehouse was a notorious place in London's history as the severed heads of traitors were impaled on pikes and displayed there.  This 'tradition' started in 1305 and continued for 355 years.  At one time in 1598 there were over 30 heads for 'commuters' to view.  After 600 years, this bridge had to be replaced.

The 'new' bridge, (above), was engineered by John Rennie and opened in 1831.  As the years passed, this became one of the most congested and heavily traveled roads to London.  The bridge was widened to accommodate the heavy traffic, but that weakened the foundations, and so it had to be removed and replaced.

The bridge was purchased by Robert P McCulloch of McCulloch Oil for $2,460,000.   He then paid n additional $2,700,000 to have it transported and rebuilt at Lake Havasu City, in the middle of the Arizona desert.   It was dedicated in 1971.   McCulloch felt he needed an attraction to draw investors to his new 'retirement' town out in the middle of 'nowhere'.

In my humble opinion, if you are thinking about traveling to Lake Havasu just to see the London Bridge, don't waste your time.  The only thing that was impressive when we were there was the beautiful sky.  Well, you might be impressed if you like dessert and trailer parks!  And when I say desert, I don't mean the beautiful Saguaro cactus type desert.  However, if you live where the winters are cold, and you want to be a snowbird, this area might be for you.  Between Lake Havasu City, and Yuma, we have never seen so many RV resorts, trailers, fifth wheels, motor homes,  and campers in our lives!!  Our son in law tells us that in the little town of Yuma, there are over 23,000 trailer spaces and the population doubles in the winter.  And in the summer when they all go home, many businesses just close up.
Posted by What Karen Sees at 10:36 AM 13 comments: