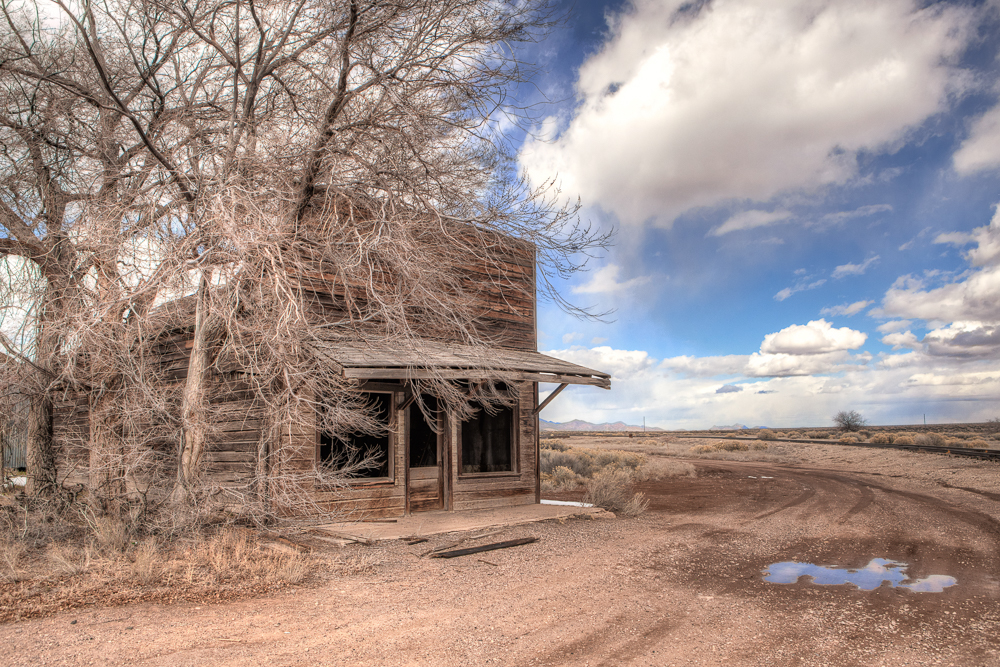 For those of you who have followed my last few posts showing the paradise that is Moorea, (which is part of French Polynesia), this set of photos will be a stark contrast!!

About a week ago, I drug, (dragged?), Jeff on a day ride out in the southern Utah country near the Nevada border.  We happened on what we thought was a small western 'ghost' town, out in the middle of nowhere.   We soon discovered there were a few residents (16 we found out), still living there.

After we came home,  I looked up the history of Modena.  It was a railroad town and sprung up as a stopping point for the cowboys and miners in the late 1800s.  Below are a few of the buildings that have seen better days. 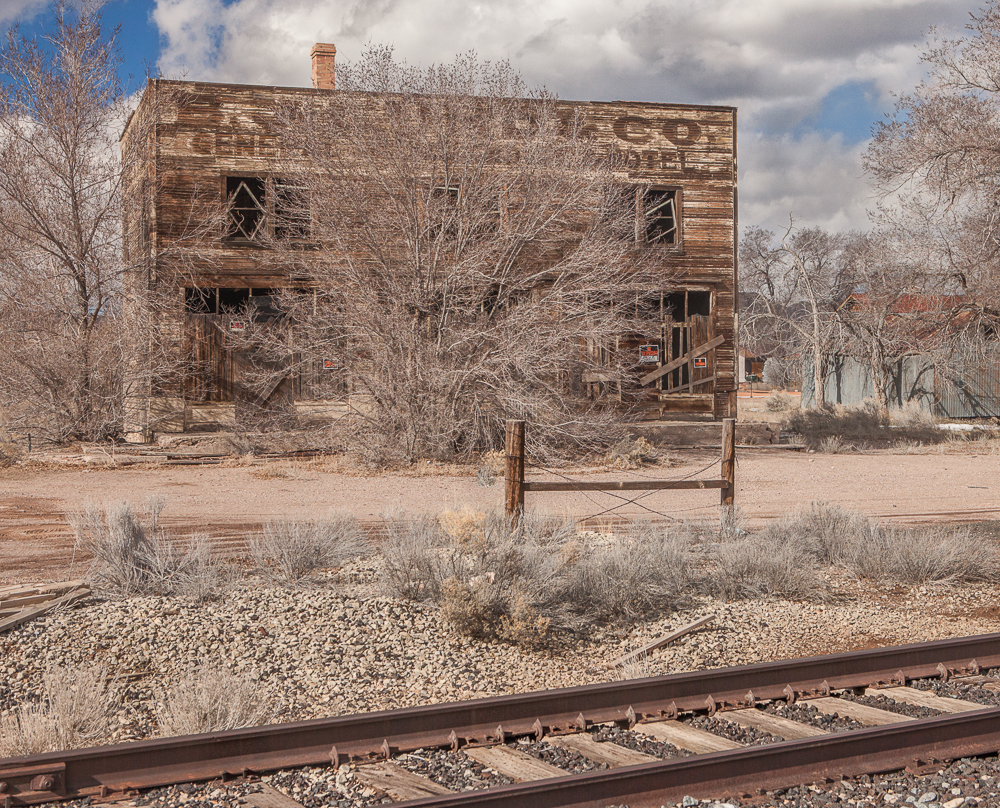 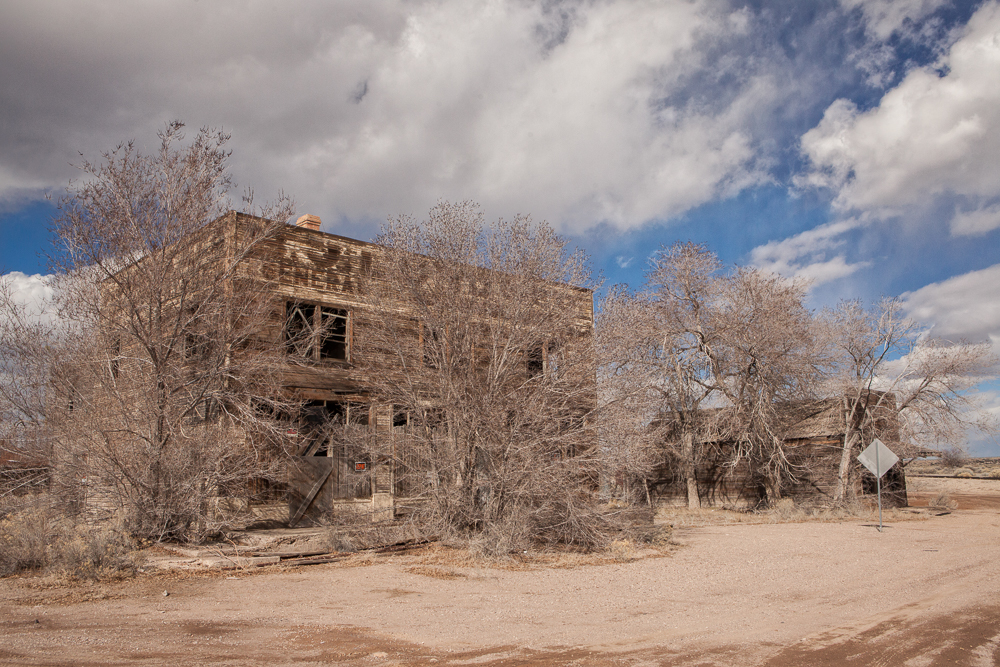 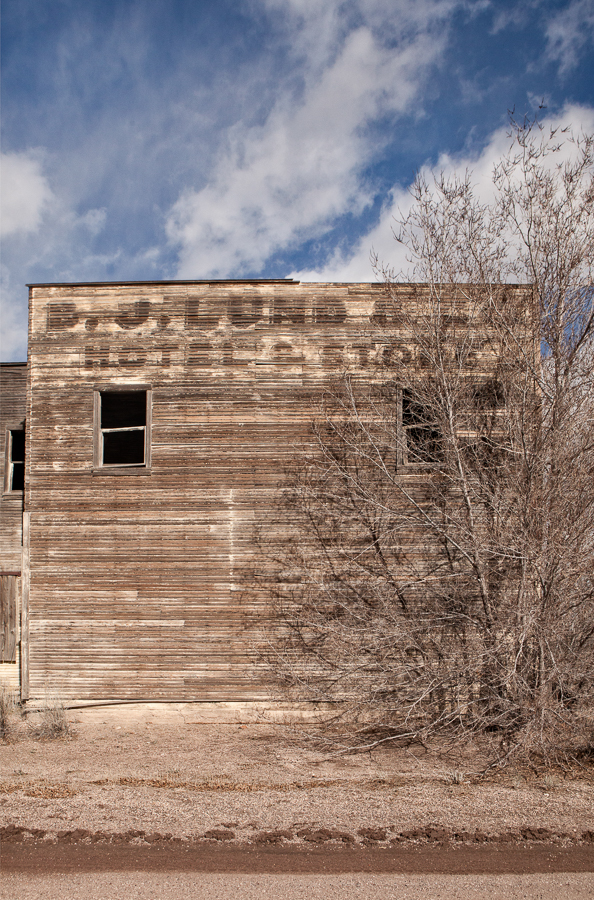 The above photos are of the largest building still standing.  The lettering is still visible and the proprietor of this general store and hotel is B. J. Lund.  I learned that he was the main founder of the town and had buildings and roads named after him.  This was interesting to me as my maiden name is Lund, and my father's family were among the early pioneers in Utah.  I am not aware of any relative named Brigham J. Lund, but who knows. 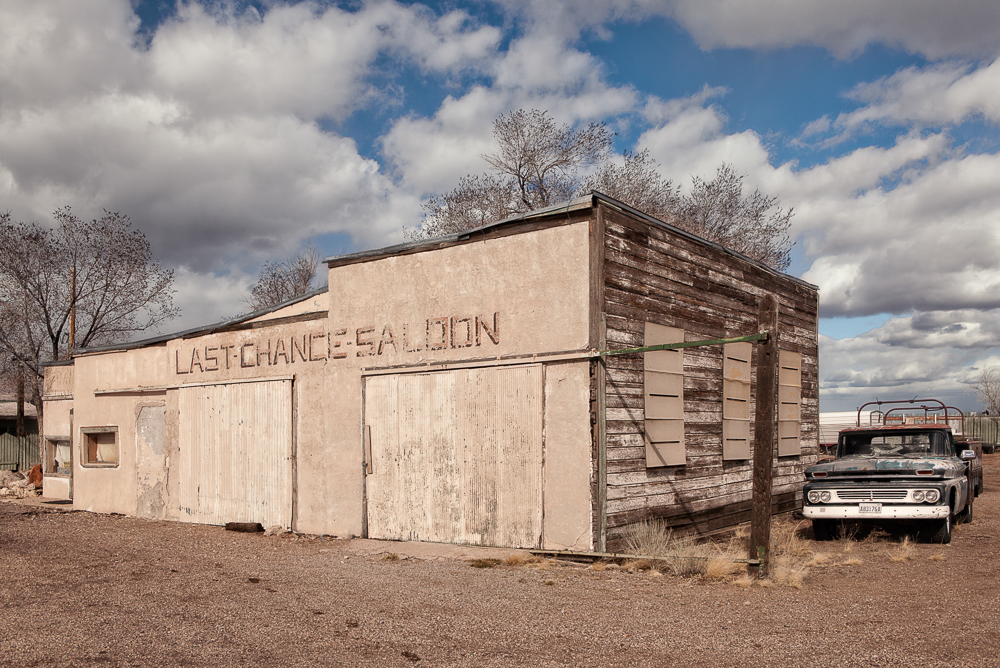 I think we missed our 'last chance'! 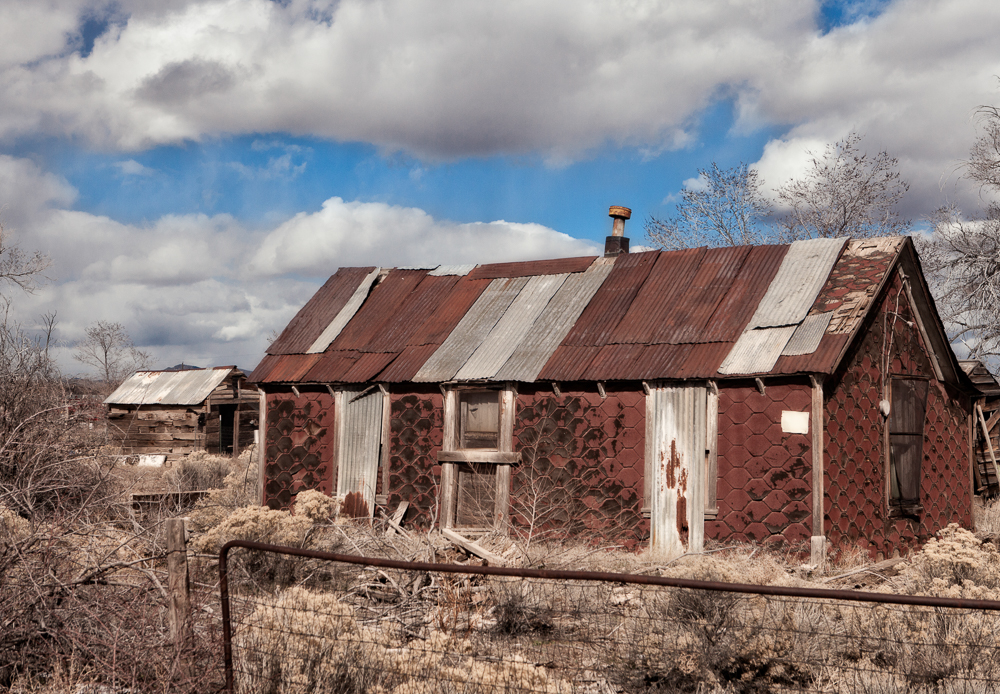 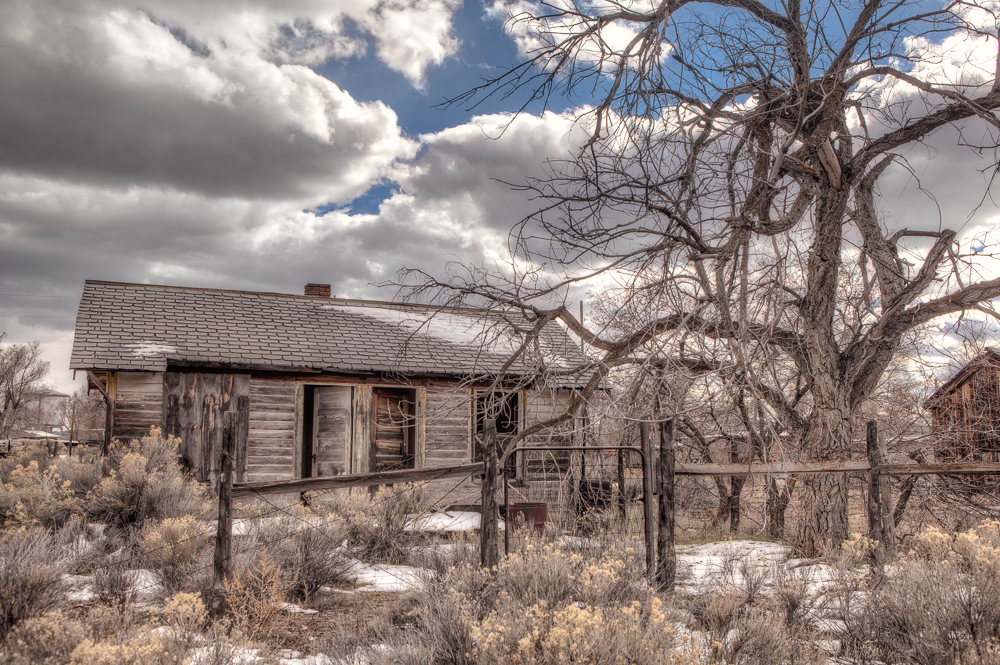 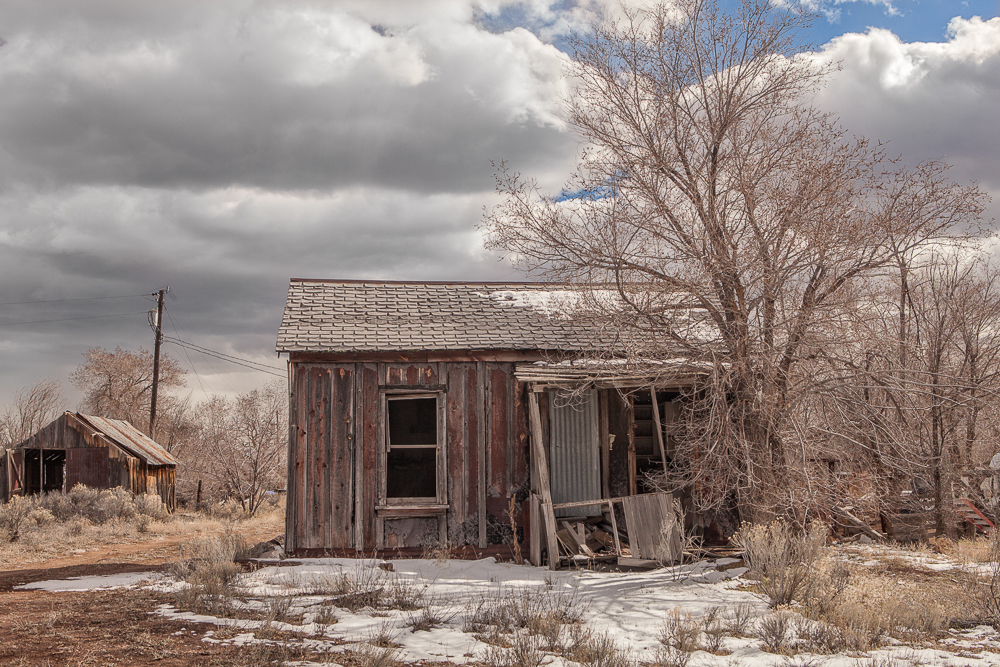 Above are homes of a few former residents.

From a photographic point of view, I prefer to take photos of old west scenes in the winter with drab neutral colors which emphasize the look of abandonment and loneliness.   I was in luck and had a beautiful, puffy cloud day which was a great contrast to the neutral colors of the buildings and landscape. 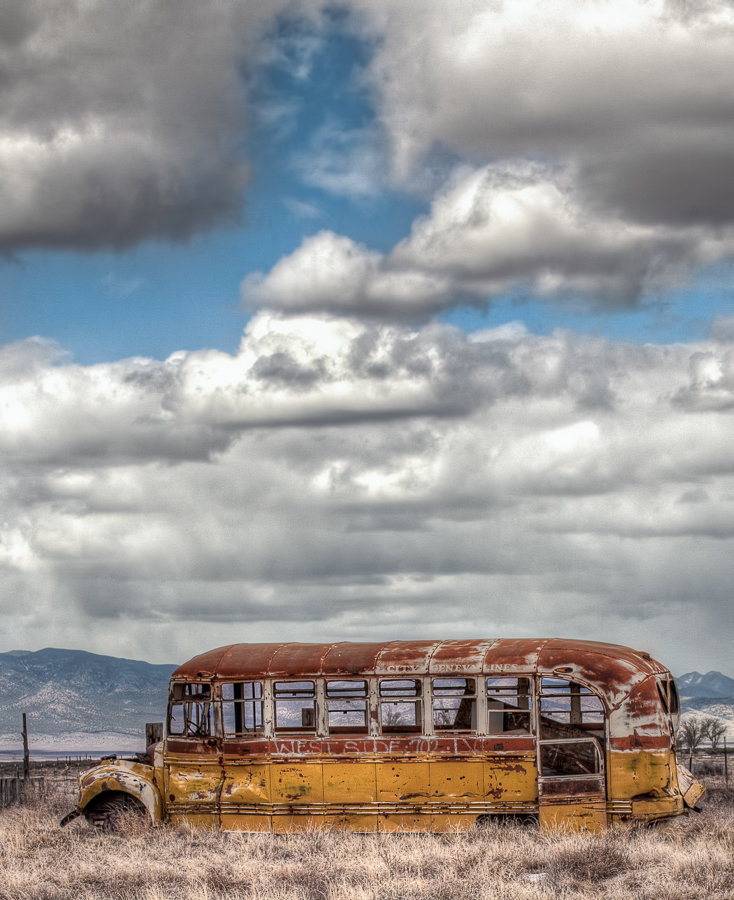 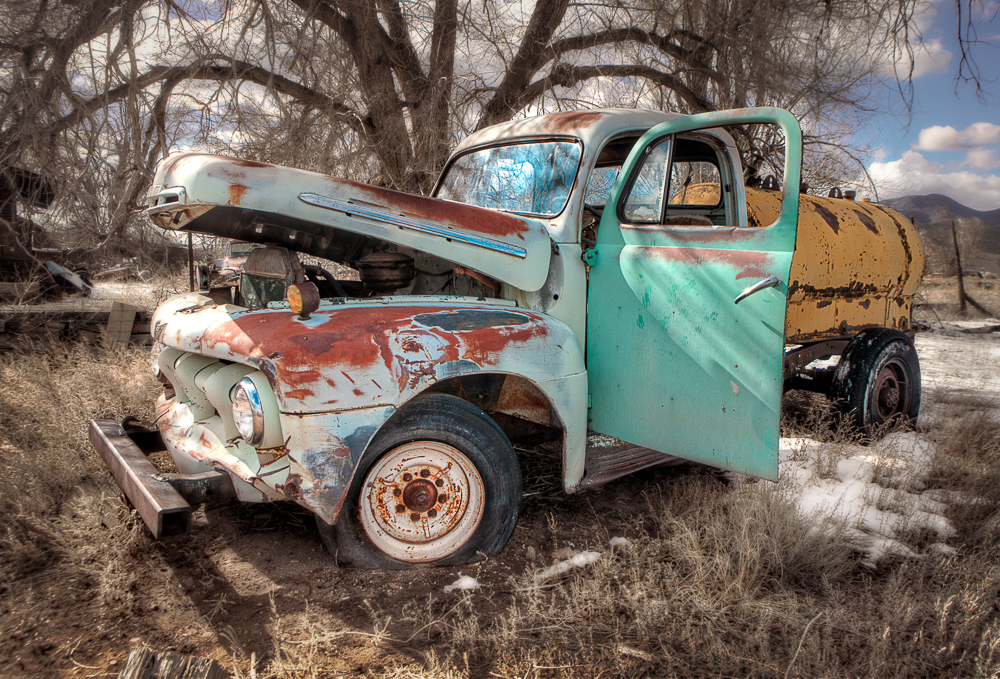 Abandoned vehicles add texture and interest for photography, and are reminders that children went to school, and people lived and worked in this tiny barren and windswept prairie town.