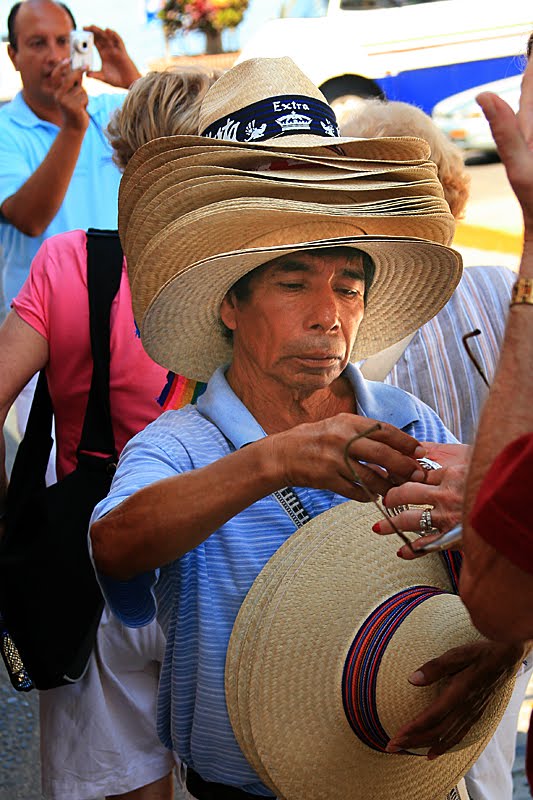 Here's my hat story.  We were being typical tourists seeing the sights.  It was a very hot day and my sunglasses just were not enough so I bought a hat like the one he's holding in his hand.  I wore the hat for about half an hour and having a bit more shade was a relief.  I usually don't sweat much, but because it was extremely hot, and because I was wearing a hat, and because we were walking a lot, I was sweating and wiping the sweat off my face with my hand.  After awhile I happened to glance down at my hand, and it was blue!  I couldn't figure out what it was, then I looked in a mirror and there were blue streaks running down my face.  I discovered the dye on the hat band was not water proof!  Another example of getting what you pay for!!!   I was just looking over this post before 'publishing' it and just noticed something in this picture for the first time.  It appears the person purchasing a hat from the vendor has his hand up to his face.  I wonder if he is wiping sweat from his brow??  I probably wasn't the only one ending up with blue face paint that day.  Ha Ha.
Posted by What Karen Sees at 12:05 AM 5 comments: