Still in the spirit of Christmas and celebrating Christianity, I am going to highlight several of the southern California Spanish Missions.  I started this project about a year ago, and my goal is to photograph all of them.  This week I will post photos of several of the missions I have visited this past year or so (except for Tech Talk Tuesday).

Twenty one missions were built as part of the Spanish colonization in the 18th century and are scattered along the coast from San Diego to San Francisco.  All have a similar layout with a large whitewashed church and bells next to an enclosed quadrangle with various other buildings.  The missions were to serve as bases from which to explore the surrounding territory and spread Christianity to the native American Indians.  Most have been restored and are now well known southern California landmarks with museums and beautiful gardens, and many are still used for regular Catholic church services.  (My Catholic blogging buddies might be interested in seeing a bit of their history!)

I grew up just 5 minutes away from the San Gabriel Arcangel Mission and remember going there as a child.  This past fall, when we were in California visiting family, I took the time to once again tour this mission, and this time I brought my camera.  The following photos are of this mission: 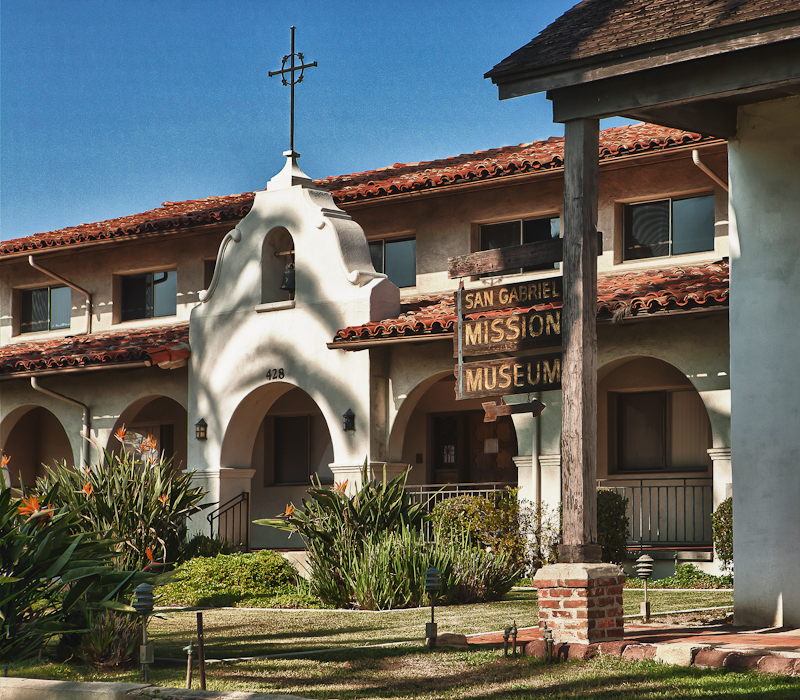 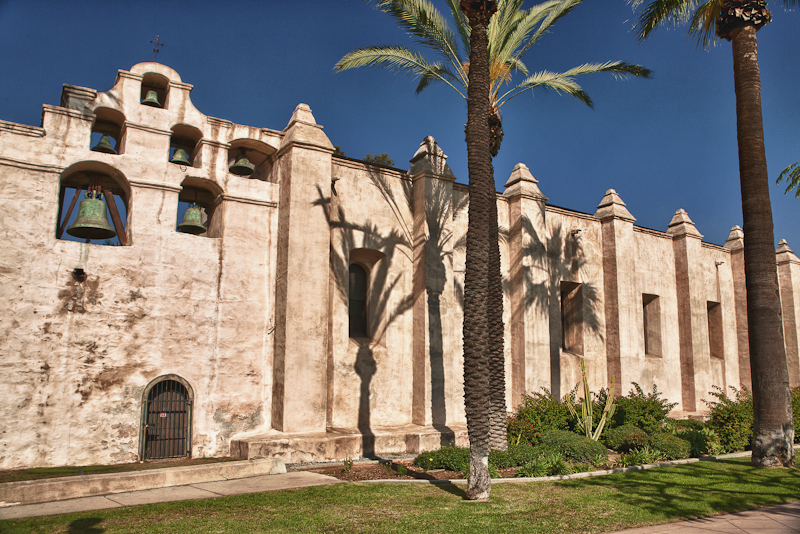 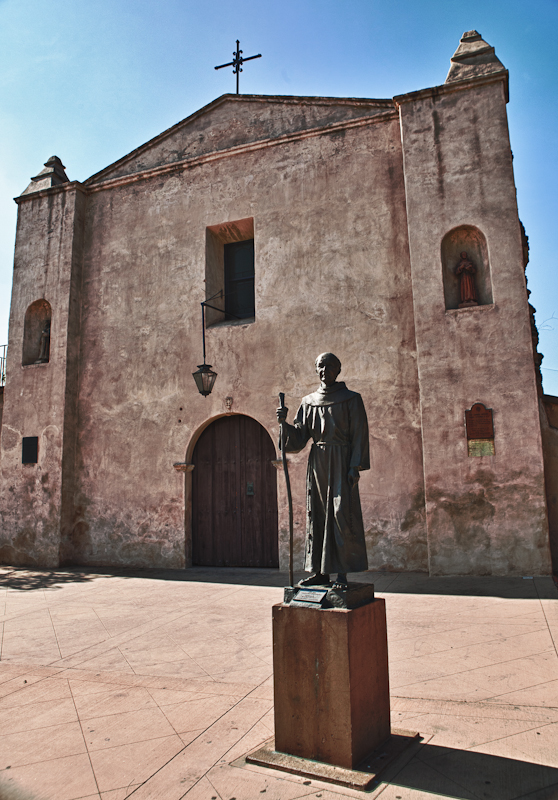 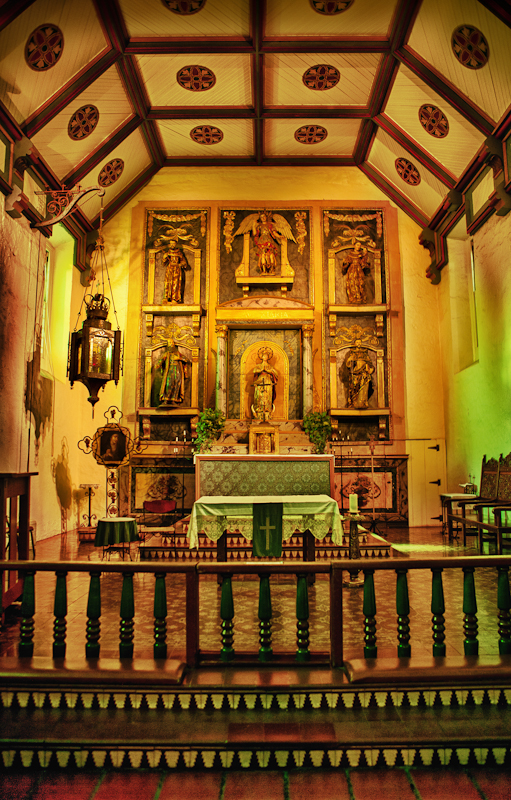 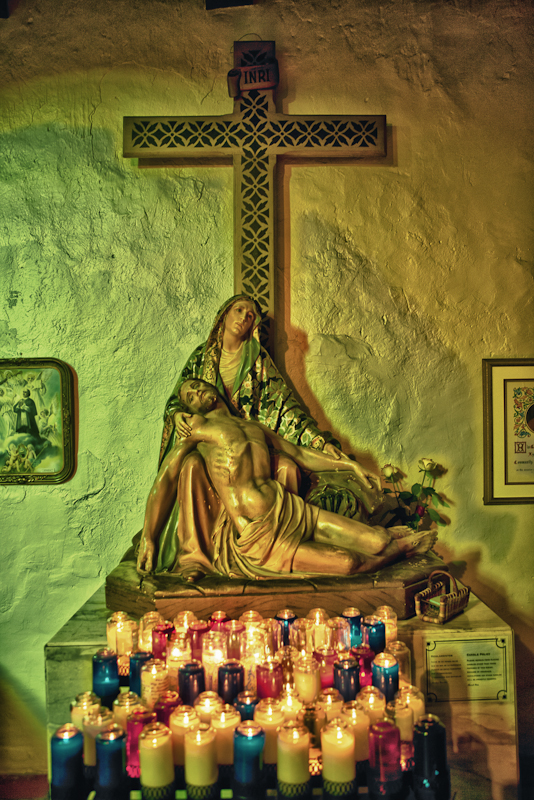 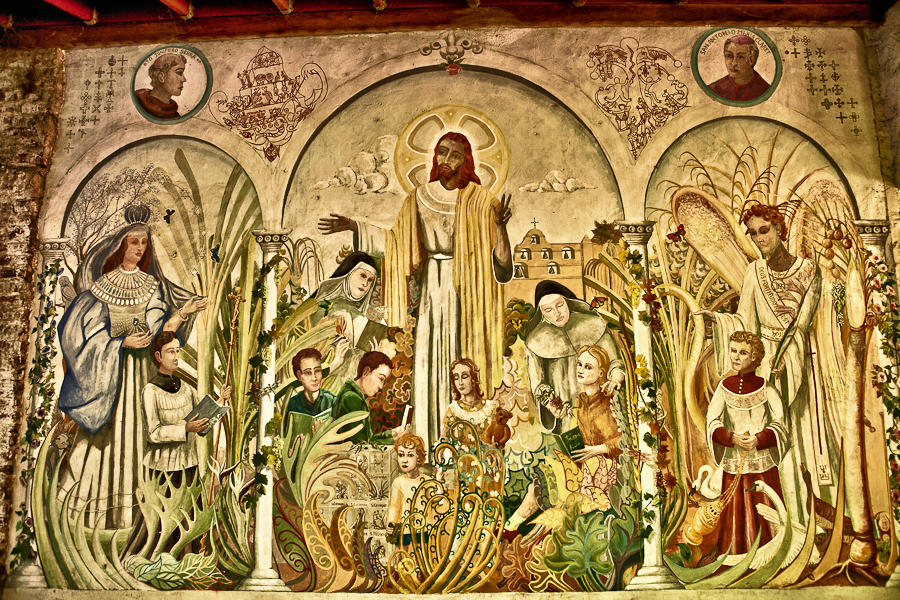