Several months ago we went to southern California for a family event, then I talked Jeff into a quick trip up the coast a ways, then across the state to Yosemite and Sequoia National Parks.  These are my favorite shots from this quick vacation. 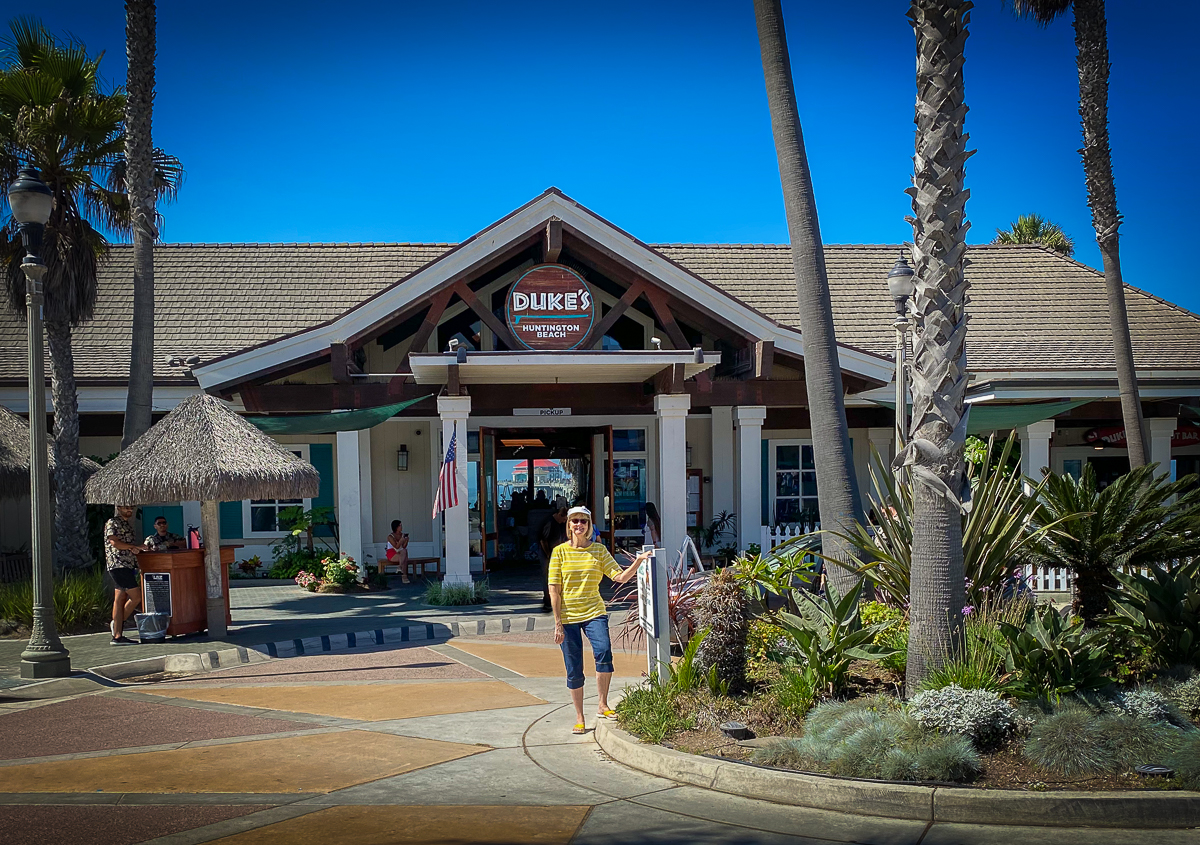 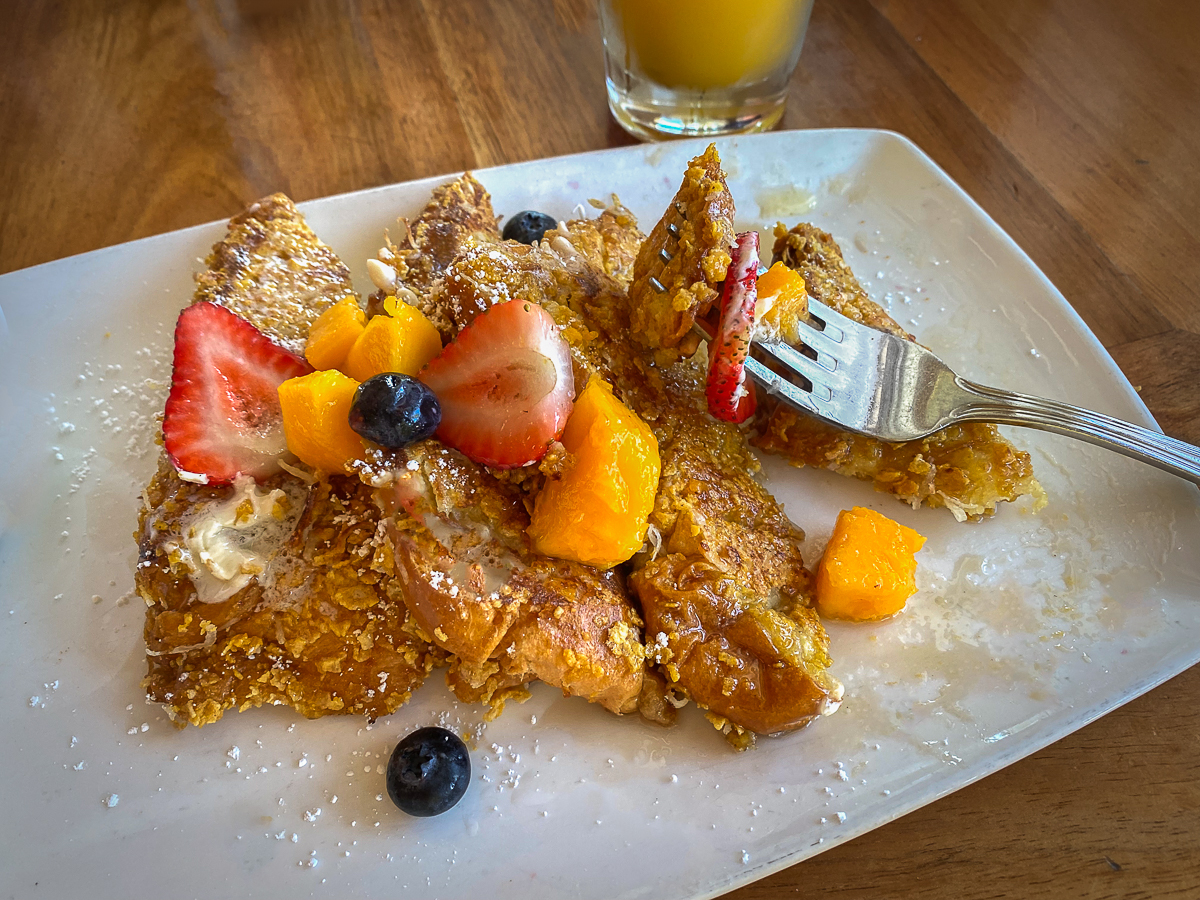 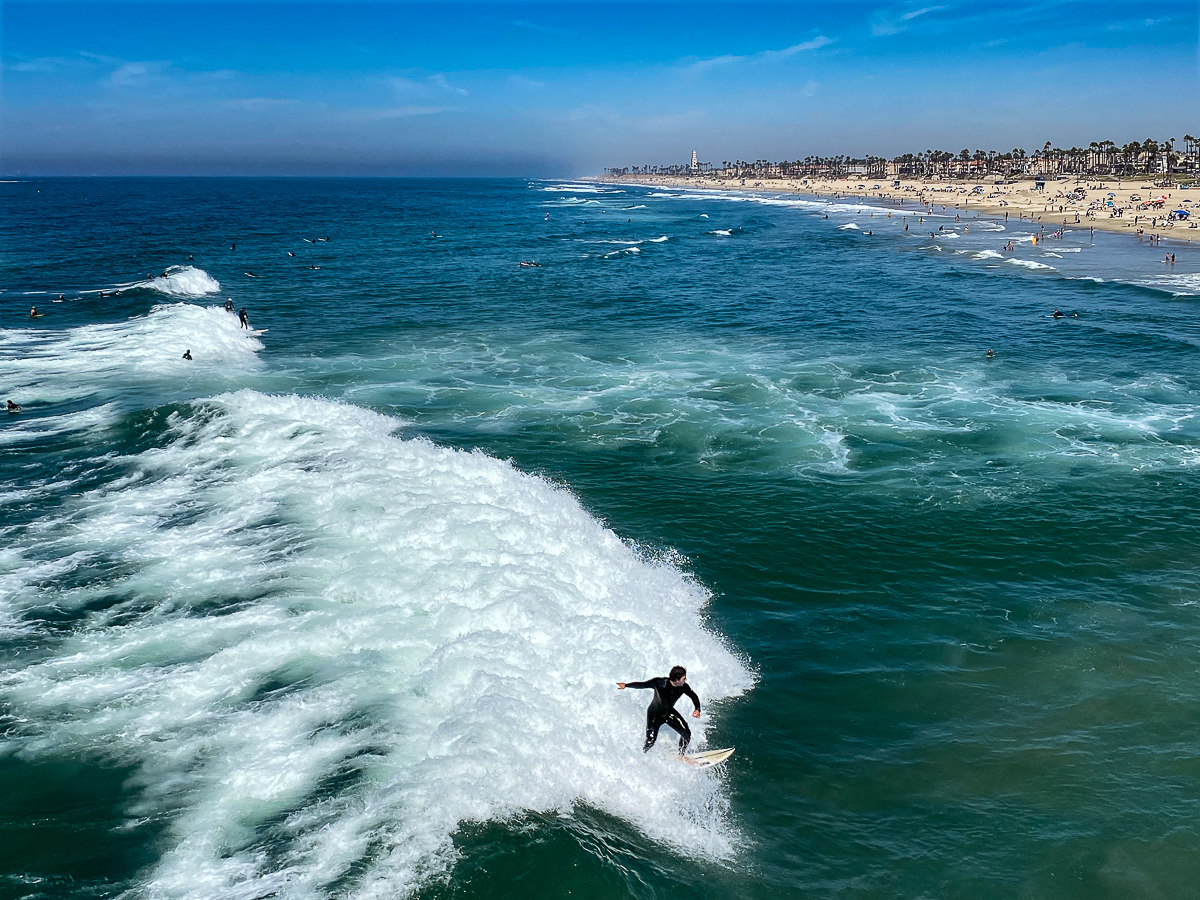 Our first stop was Huntington Beach, one of my favorite hangouts as a teenager. On Sunday we ate coconut french toast, (heavenly), at Duke's, which is right on the water front at the beginning of the pier. For those of you who might be Jimmy Buffet fans, he has a mellow song actually called 'Duke's On Sunday'. Duke's is named for the legendary Duke Kahanamoku, (who died in 1968 at age 78), a native Hawaiian, Olympic swimmer, and considered to be the 'father' of modern day surfing. Huntington Beach is a well known surf beach and we sat on the pier for awhile and watched a few of the surfers do what they love. 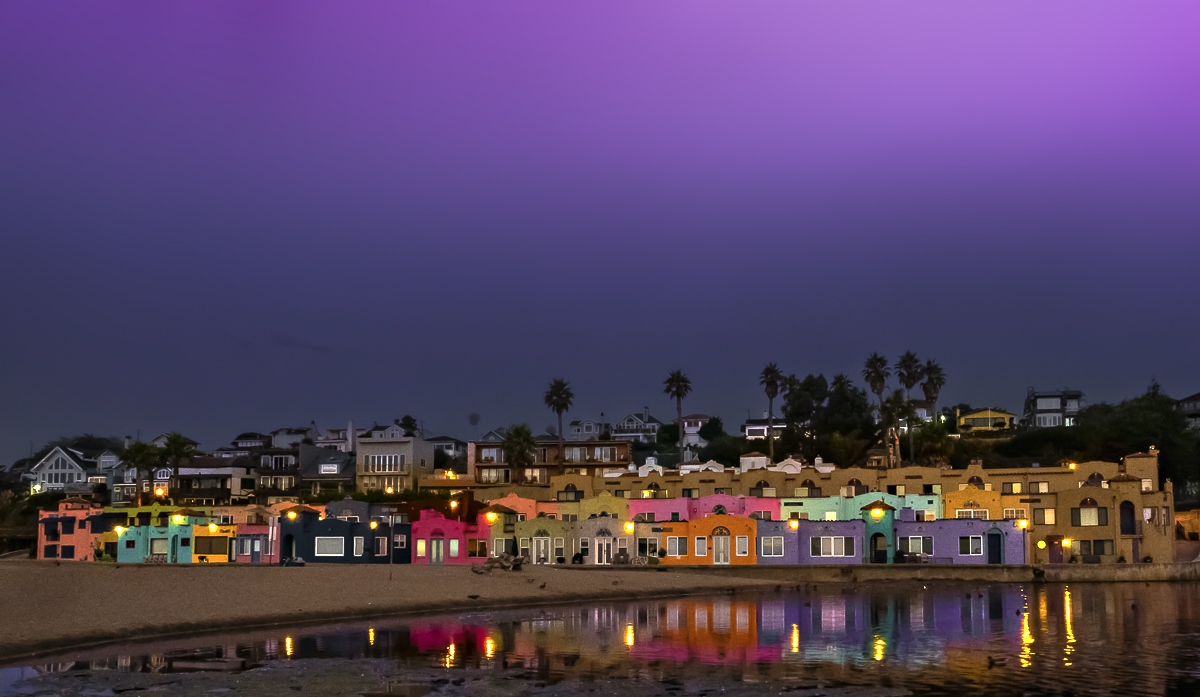 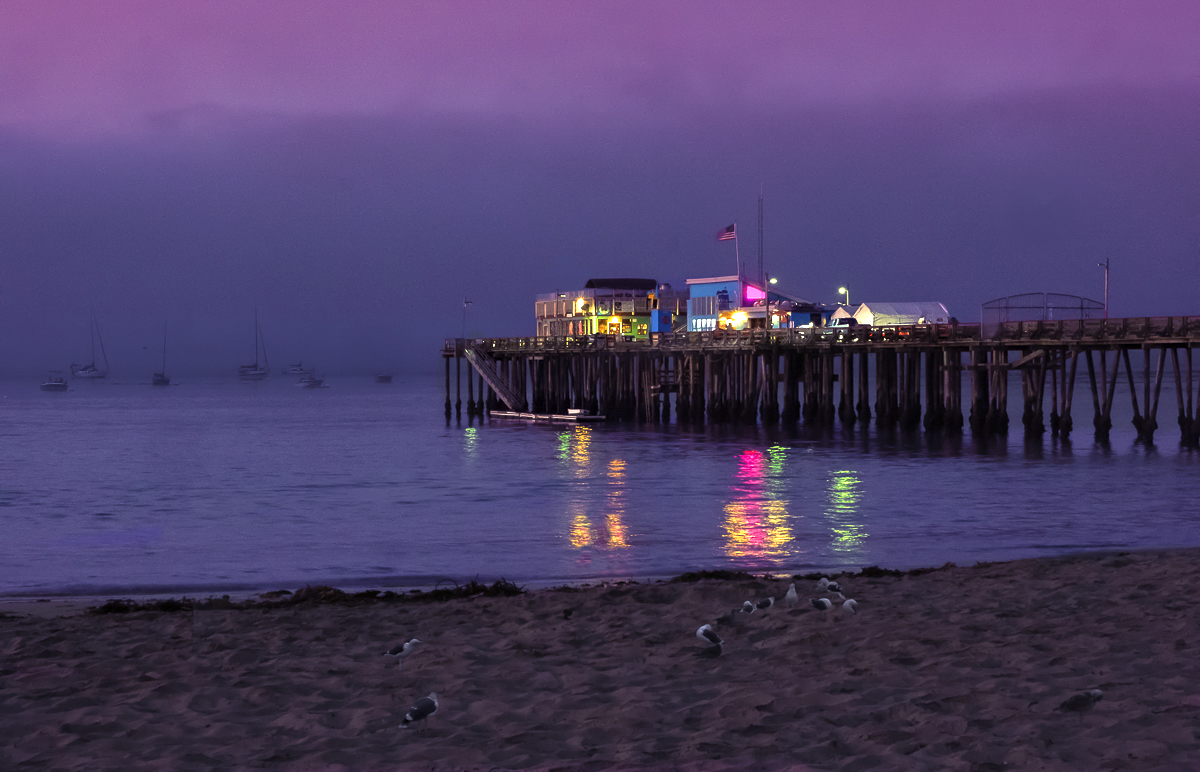 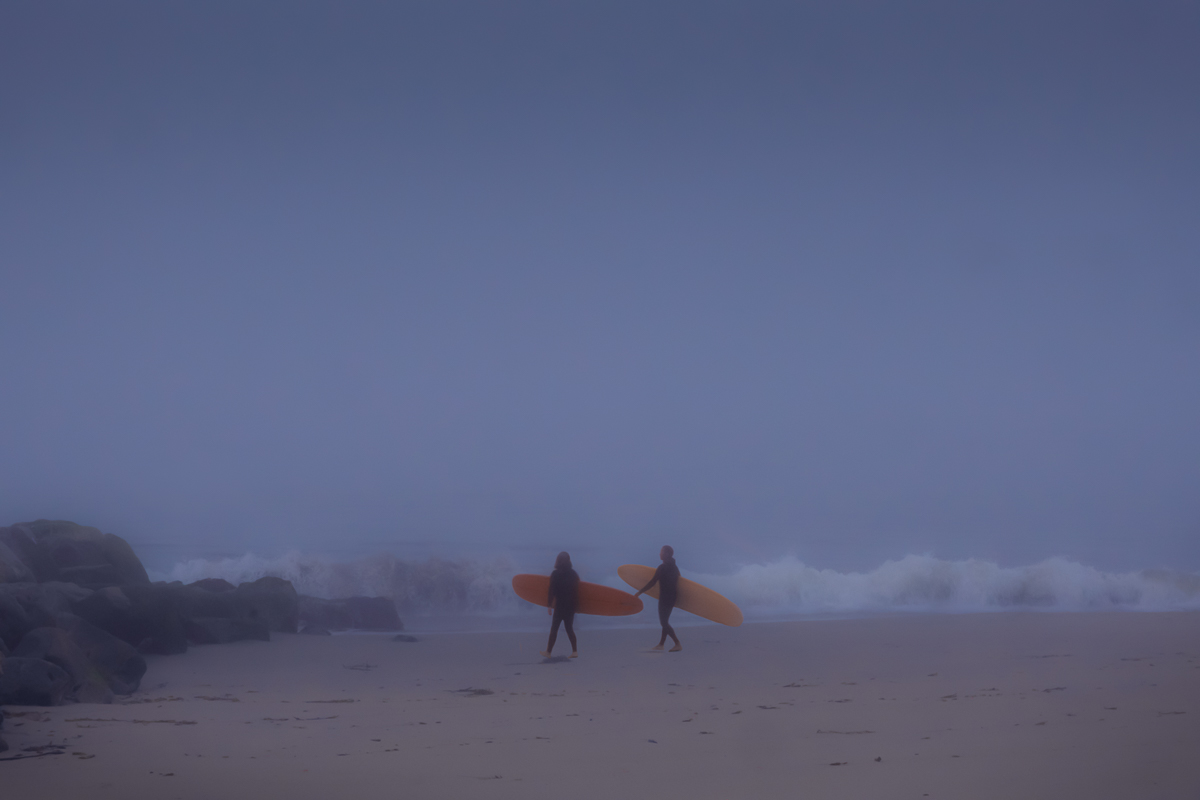 Heading up the coast we made a quick stop at Bubba Gumps on the Malibu Pier for a bowl of clam chowder (yum). Then drove the rest of the day and ended up in the quaint, sleepy little seaside town of Capitola, which is in the Monterrey area. This little village welcomed its first guests in 1874 making it the first beach resort in California. Now, the charming and colorful cottages right on the beach make it a photographer's dream. (While not exactly Santorini or the Amalfi coast, it is a lot cheaper and quicker to get here!) I missed the sunset so I was counting on a beautiful sunrise. I 'encouraged' Jeff to get up with me around 5am and we headed to the beach when it was completely dark. The weather report called for a clear day and I could see stars everywhere so I thought my chances of a good sunrise were pretty good. We stumbled onto the beach and as the first light appeared it was beautiful, especially the sky and the colorful cottages and lights reflecting in the water. I was basically in the same spot for both the first 2 photos, just facing in opposite directions. Then almost before I realized it, the fog rolled in so quickly that within minutes the ocean, sky and anything farther away that a few yards was not visible anymore! The surfers in the last shot disappeared seconds after I took this photo. (I can't imagine how they could surf in such dense fog, but they did, along with about 10 others.) Of course I never saw the sunrise, but I am happy with the shots I got! 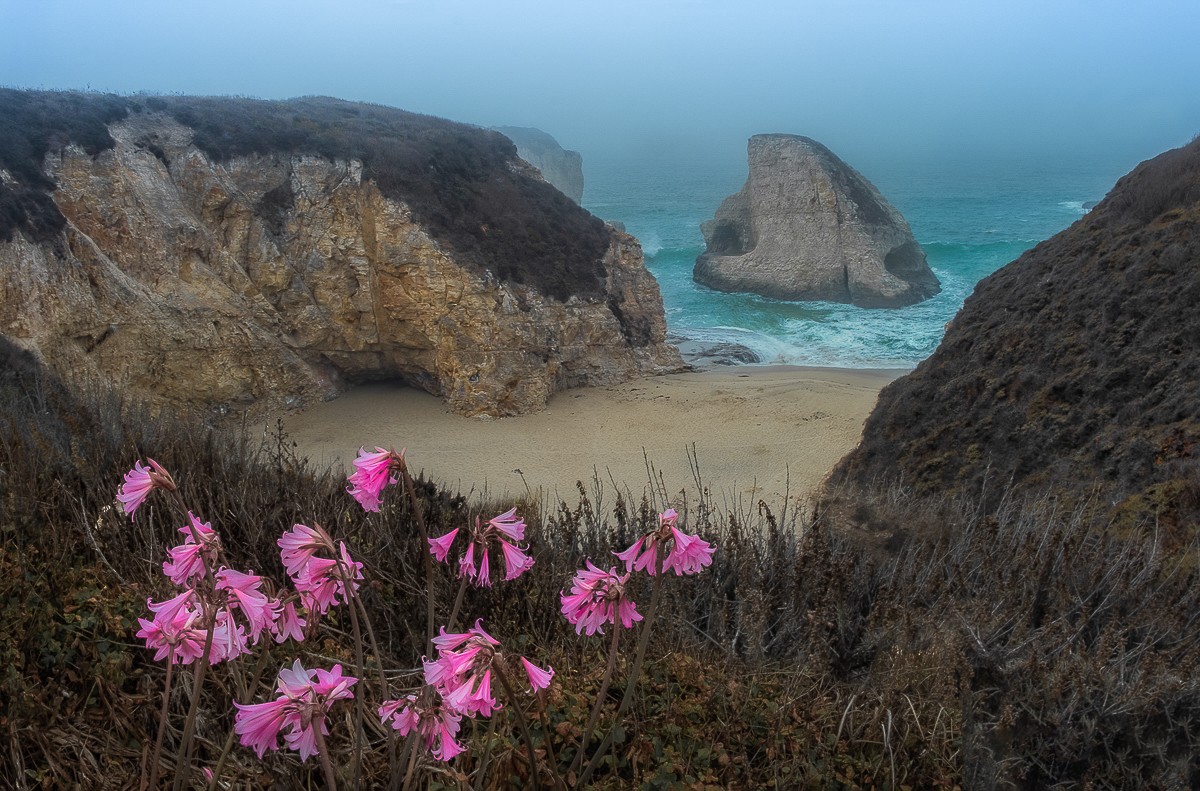 We spent most of the next day wandering up and down the coast near Capitola. The fog stuck around for most of the day, at times lifting a bit to let in some sunshine and blue sky, then darkening again to create dull and muted landscapes. My dreams for a beautiful sunrise/sunset/sky were not going to happen! But I made the best out of what I had to work with and sometimes it paid off. This image turned out to be one of my favs. The location is appropriately named Shark's Fin Cove. As we started walking toward the view, everything was dull and muted. But when we found the Shark's Fin, I spotted this one little patch of pink, and I knew I found my photo op. No beautiful sunset, but I think a more unique photo with the neutral browns, pop of pink and turquoise water. 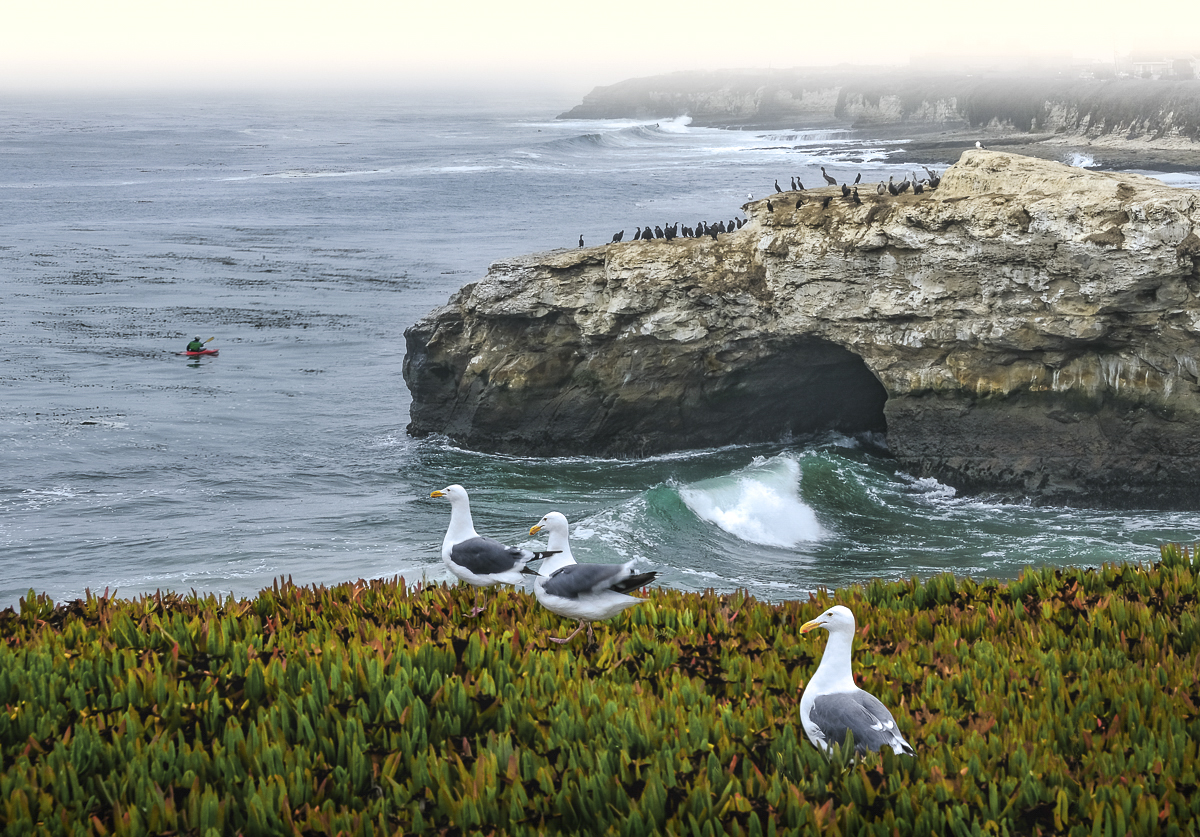 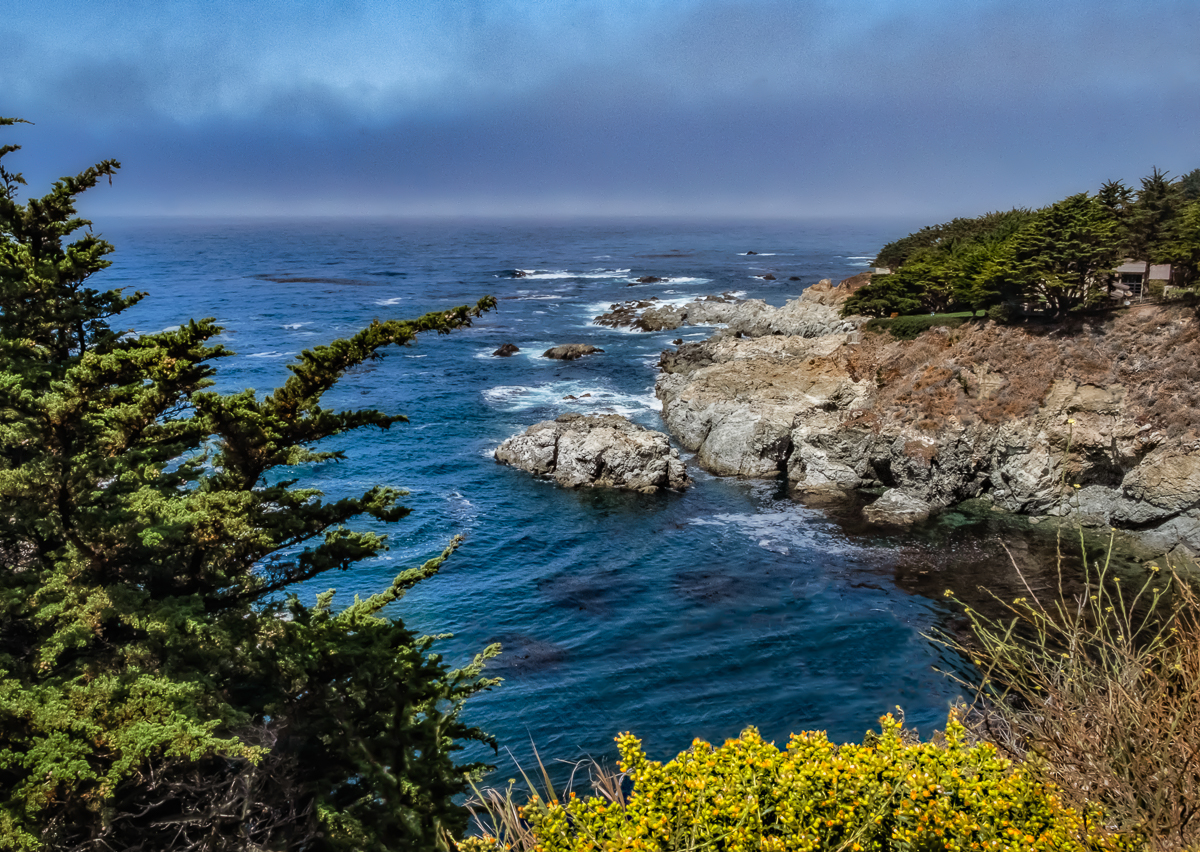 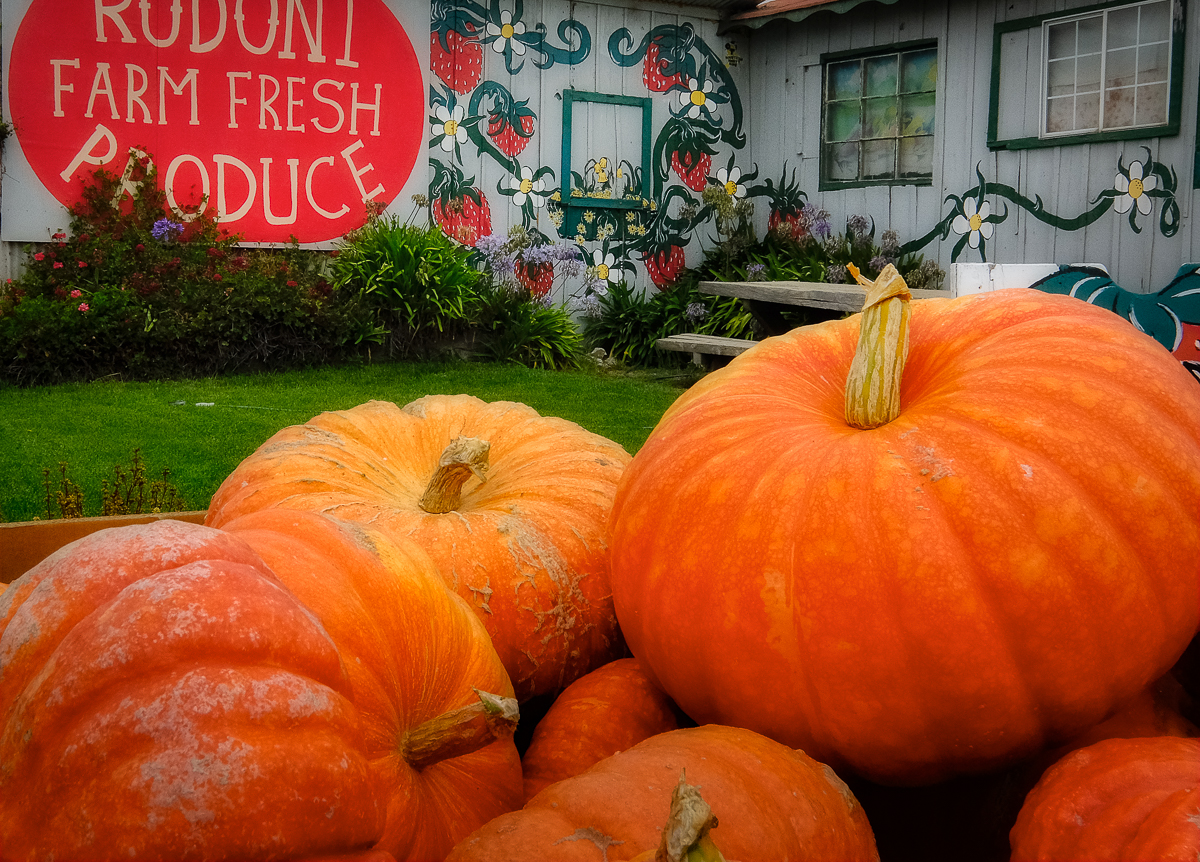 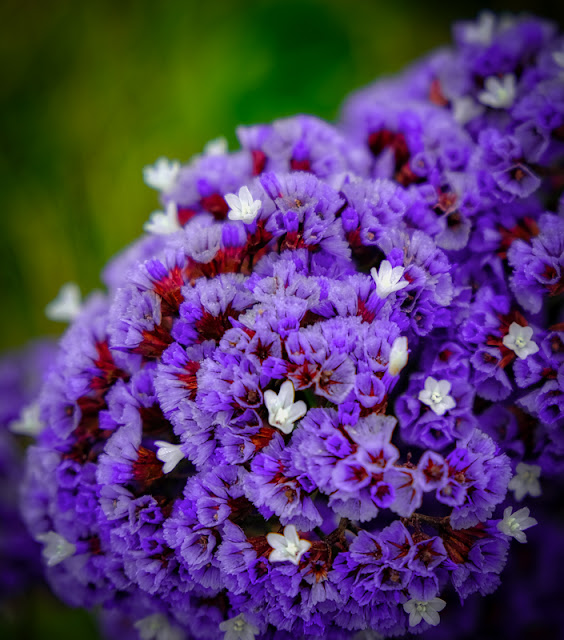 Just a few miles from my last post of Shark's Fin Cove, we stopped at this overlook located at Natural Bridges Park. The seagulls looked like they were more interested in the ocean and the kayaker than they were in me taking their photo. Beautiful coast vistas around every bend.  On down the road we stopped at this cute farm store and bought strawberries for a morning snack. I've never seen this flower before, but it was pretty enough for a picture.

From close up to the distance, everyone is stunning. The pumpkins are such a deep colour , and those purple flowers, are they Statice?

My favorite is the one with the gulls standing in the ice plant-- with the cormorants in the distance.

Amazing shots. Well done. You are so good to get up early to chase those magical shots even without a sunrise.

That shark's fin photo is simply amazing as are all the rest. You have such an eye for color, content, contrasts, and composition. Loved all of these. Looks like a wonderful trip.